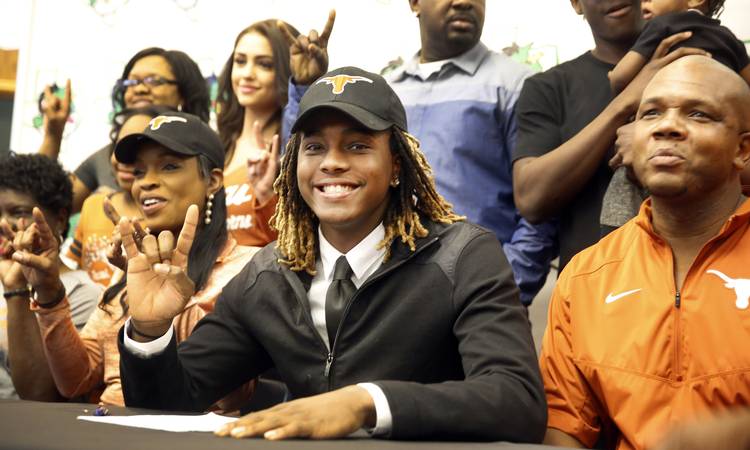 Don’t let the name fool you.

Lil’Jordan Humphrey is 6-foot-5-inches and gained more than 2,000 yards last season from the line of scrimmage. When he announced several days before National Signing Day, it put the wheels in motion for a big day for Texas.

Here’s what they’re saying about Humphrey:

I can't wait for Brent Musberger to announce that Lil'Jordan Humphrey caught a touchdown pass. He's gonna be so confused.

Texas all over this roundup, including a spot on the All-Name team with Lil'Jordan Humphrey. https://t.co/DAgOAlrg9D

Strong taking a page out of Shaka's book by telling Lil'Jordan Humphrey to shoot the ball during a recent game.

Texas has to be excited about Lil'Jordan Humphrey signing his letter of intent.

Longhorns have landed a commitment from Lil'Jordan Humphrey. I now have a new lil'favorite recruit: https://t.co/H1L6nNB4ov

Lil'Jordan Humphrey will bring an impressive spin move and a 4.14 shuttle time to #Texas. Just a really unique ATH at 6'5. #hookem