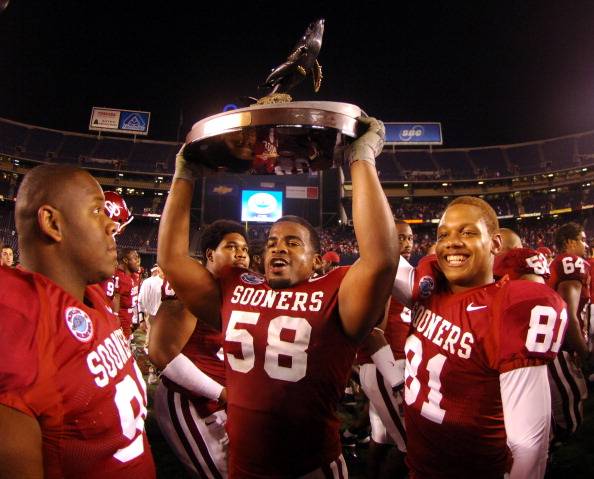 There are new football head coaches at Texas and Oklahoma, but the rivalry still is as real as ever.

Remember when Texas was celebrating landing the commitment from Ron Tatum, a star defensive end from the state of Oklahoma? Longhorn running backs coach Stan Drayton even tweeted an apparent reference to Tatum on April 26th after Tatum announced he was committing to the Longhorns.

In another words, he was crossing the Red River.

I guess that river was wide enough after all #Boomer!!!!!! pic.twitter.com/q7nlzXGTrp

Thibodeaux, a former Sooner star defensive lineman, hails from Houston. So he gets the meaning of the Red River reference.

And there was also this tweet from OU assistant Jay Boulware. (He’s crossed the Red River, too, since he played at Texas and served as a student assistant coach).

I love it when our DL gets better. Got me over here like…. #OUDNA pic.twitter.com/eO4O5p7G5k