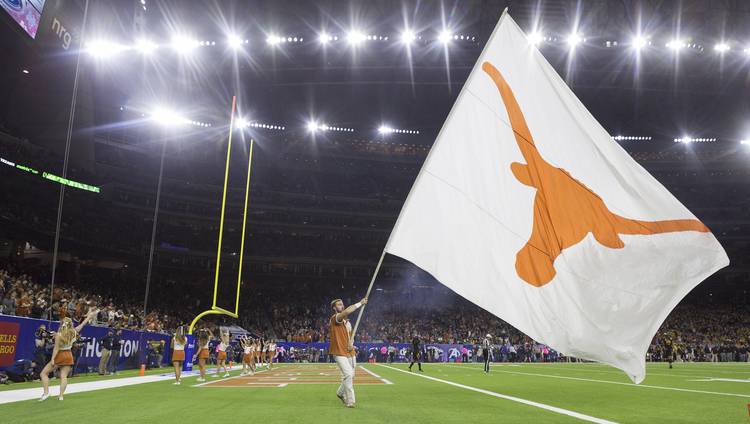 Texas cheerleaders celebrate a touchdown in the first half of the Texas Bowl NCAA college football game in Houston, Wednesday, Dec. 27, 2017. (Stephen Spillman / for American-Statesman)

Tom Herman doesn’t believe in machine-gun recruiting. Unlike some other major programs, Texas doesn’t offer every elite athlete in the country, or even the state. Texas likes to be picky and take its time in the recruiting process, as evidenced by the single-digit offers given out in the 2020 class.

The Longhorns extended its ninth offer in the 2020 class and its first at cornerback Tuesday afternoon when New Caney cornerback Dwight McGlothern received an offer from Herman’s program. The 6-foot-1, 166-pound 4-star is the No. 70-ranked player and the No. 4-ranked cornerback in the 2020 class, per 247Sports Composite.