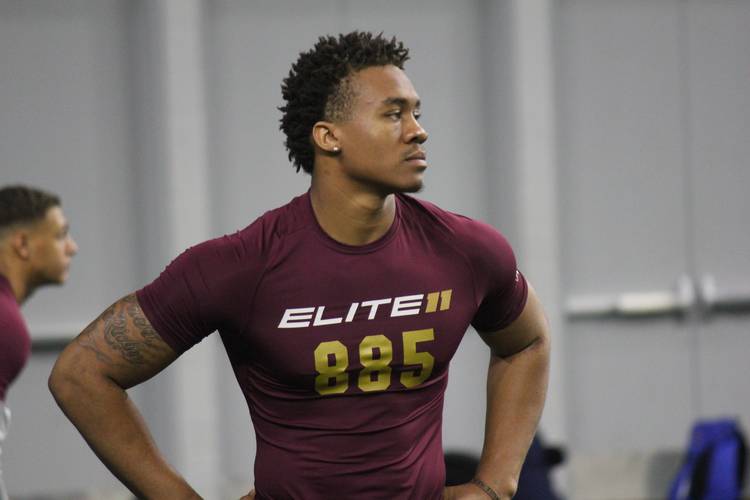 Welcome to the family, Ja’Quinden Jackson! 🤘

What he brings to Texas’ table: Jackson is a true dual-threat quarterback who utilizes power as much as speed in the running game. Sam Ehlinger’s running style is probably a good comparison for Jackson, who is usually bigger than the linebackers trying to stop him. He’s a bully in the open field, and he’s also fast enough to score any time he touches the football.

He completed 64% of his passes for 1,580 yards and 15 touchdowns to just three interceptions as a junior last season. He averaged more than 10 yards a carry, racking up 1,497 yards and 23 touchdowns on the ground. He’s a big-bodied quarterback, much like Ehlinger.

Jackson isn’t just a runner, though that is his strongest skill. He possesses a powerful arm. He simply needs to improve his technique and accuracy to stay at the position in college. His combination of size and speed makes him an intriguing prospect at positions like wide receiver or linebacker.

He said it: “You got a dog coming. There is nothing in my way that will stop me from what I want to be.” — Jackson

Texas is signing one of the state’s top winners