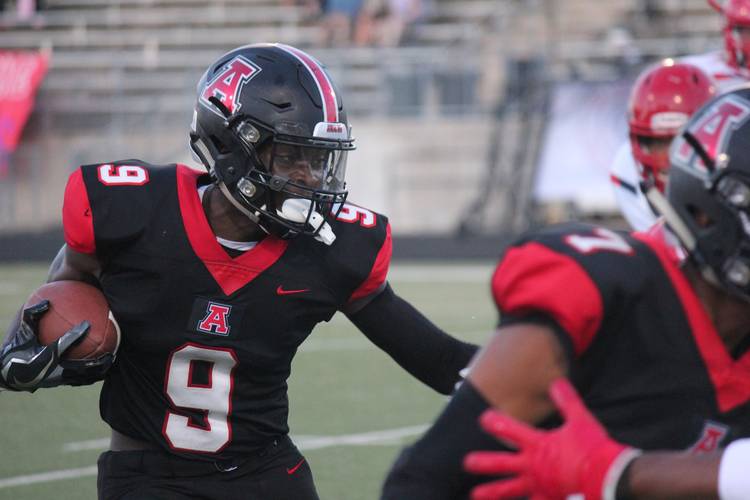 Welcome to the family, Troy Omeire! 🤘

What he brings to Texas’ table: Omeire, at 6-3 and 210 pounds, is an athletic freak of nature but is still raw as a football player and wide receiver. Still, the physical tools are there for him to become a star in college football. He already looks like a college wide receiver with plenty of bulk to handle duties outside of just catching the football, like blocking on the edge.

Omeire achieves success on pure athleticism and instinct. The sky’s the limit for the big wide receiver once he receives some real tutelage as the position. He had 85 catches for 1,546 yards and 21 touchdowns in his last two varsity seasons.

It’s not easy for wide receivers to make an immediate impact as freshmen, especially at one of the outside positions. Even Collin Johnson struggled to see the field and find consistency early in his tenure. We watched guys like Brennan Eagles and Malcolm Epps used sparingly as freshmen despite their high recruiting rankings.

Omeire is likely to follow the same path as Eagles. Expect him to see the field as a freshman before making a bigger impact as he reaches his second year on campus.

He said it: “If a team plays me one-on-one, it is up to me to win that matchup. That should be an easy win for me as a wide receiver.” — Omeire

Meet the Longhorns: Vernon Broughton’s ceiling at Texas is as big as his ever-growing frame