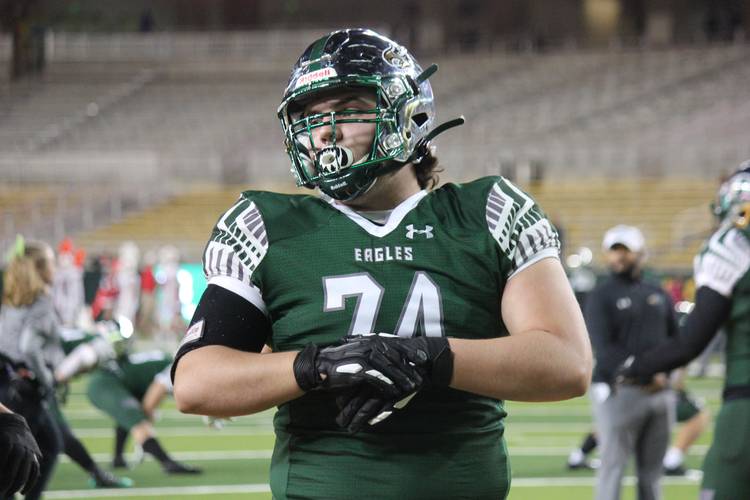 Welcome to the family, Jake Majors! 🤘

What he brings to Texas’ table: Majors, a long-time UT pledge, played left tackle in high school but is expected to move inside to guard or center once he arrives in Austin.

He’s another prospect who plays with a mean streak. He truly loves bullying defensive linemen and linebackers through the whistle. He looked great in a game setting earlier this season. His footwork clearly improved over the offseason.

Majors is a bully at the point of attack, though he’ll need to get better at blocking. His limitations as a pass blocker should be minimized with a move inside. He’s better equipped to handle the power of defensive tackles than the sheer speed of elite defensive ends.

He said it: “I feel most improved from my first start as a sophomore with my physicality. I was just a baby lamb when I first got to varsity as a sophomore. Now, I feel like a lion. I feel like I’m owning the trenches and that’s my job.” — Majors

Majors ‘trusting the process’ as Herman builds up Texas