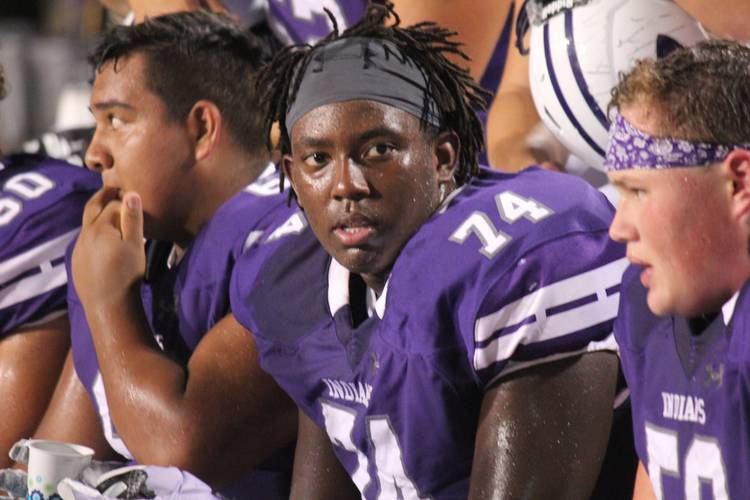 What he brings to Texas’ table: Garth is still relatively new to football. He didn’t truly start playing organized sports until his freshman year in high school. But he quickly went from untapped potential to one of the state’s top offensive line prospects.

Welcome to the family, Jaylen Garth! 🤘

Much like fellow 2020 recruit Jake Majors, Garth plays tackle in high school but could play either outside or at guard in college because of his lack of ideal height. Still, he’s athletic for his size and is a mauler in the running game.

Garth missed his senior season with a leg injury. Each of Texas’ offensive linemen who signed in 2018 and 2019 were able to redshirt as freshmen, and that’s a good sign for the Longhorns. It’s not healthy to rely on a freshman to block college-aged athletes, specifically in the big games Texas hopes to reach in the coming years.

No position needs more time to develop and Garth should be given plenty of time with the amount of young talent already at Texas waiting for snaps.

He said it: “Coach Hand wants me at guard, but nothing is set in stone. I need to work on my body, turning it into muscle. I can also improve on getting to the second level and my feet.” — Garth

Garth has had impressive growth during high school years

Meet the Longhorns: O’Connor’s Logan Parr could use a year to transition inside from tackle to guard