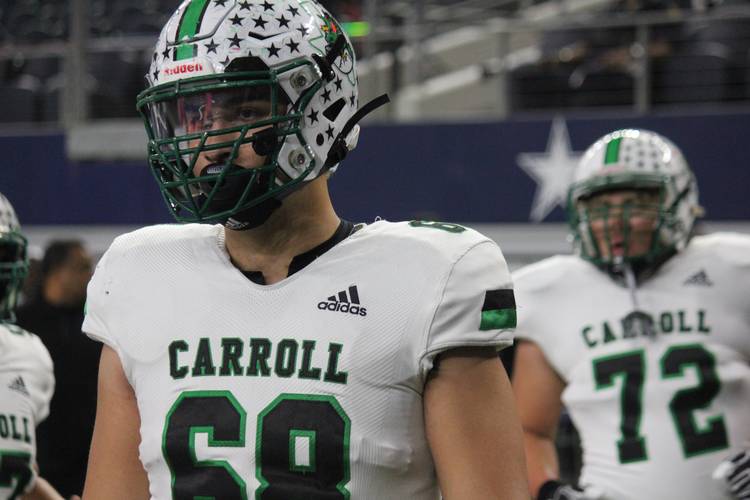 Welcome to the family, Andrej Karic! 🤘

What he brings to Texas’ table: Karic is a project who is still new to football. He started his career at defensive end. His footwork is great for a big man, but he’ll need to add 40 pounds before competing for a spot in Texas’ two-deep.

He earned first-team all-district honors as a junior. He’s nimble-footed and ultra-athletic for an offensive lineman. Some of that is due to his former life as a pass rusher. The goal for Karic is to keep that advantage over other offensive linemen while adding the necessary strength and weight to compete at the highest levels of college football.

Right now, he excels as a pass blocker and a blocker in space. He’ll improve his 1-on-1 blocking at the point of attack as he gets stronger. Former UT great Connor Williams went through a similar transition after leaving the tight end position and now he’s a starter for the Dallas Cowboys.

He said it: “The Texas-OU game was amazing. It was crazy seeing half the crowd be in orange and the other in red. I can’t wait to play in that game. I didn’t like being in the stands that much.” — Karic

Meet the Longhorns: Lake Travis’ Hudson Card knew he’d end up at Texas all along