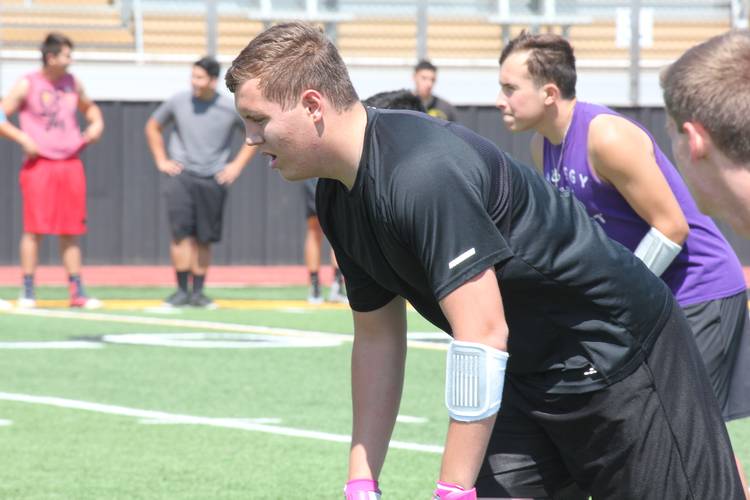 Moore is an all-district tight end and an all-state basketball player. Texas hopes to turn the 6-6, 265-pound prospect into an athletic offensive lineman capable of eventually starting at left tackle because of his athleticism.

We recently caught up with the No. 46-ranked prospect on the Fabulous 55 and three-star offensive tackle prospect for 10 questions:

It was too early for me to remember. I was at my older brother’s football games as a toddler and my parents will tell you football was a part of my life since the beginning.

The coaches at Texas were approachable and family-oriented. The staff went out of its way to get to know my family and they text with my parents all of the time. Also, the intensity brought to the program by coach Herman.

To step up and be a leader. My expectation is to at least return to the state’s semifinal and maybe go further in the state playoffs than we did last year. The ultimate goal is to win a state championship in football and basketball.

I wanted a great school that could give me a great degree and offer opportunities as an alumnus. I also wanted a school that wasn’t more than a day’s drive away from my home.

I immediately thought he was a player’s coach. He was going to be intense and hard on you as a player but it was going to be for the right reason. He got the grill because of a bet he made with his players. I want a coach willing to engage with his team in a fun, yet hard, way.

Either Larry Bird or Jason Witten.