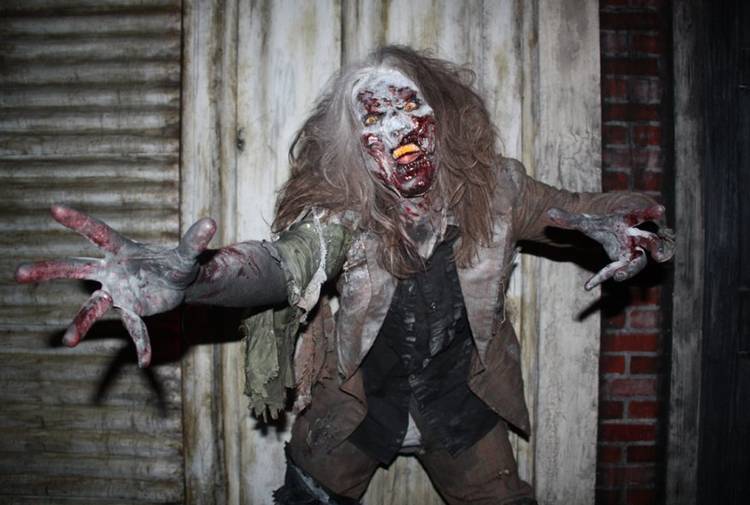 What’s spooky and undeniably orange? It’s either a jack-o’-lantern or Longhorn Network’s Halloween trip to Austin’s House of Torment.

Texas Longhorn legends Vince Young and Ricky Williams joined LHN anchor Lowell Galindo for a trip through the popular haunted house in a clip posted to the network’s Twitter account Sunday. Young and Williams, cameras mounted to their bodies by harnesses, dodged haunted armchairs and chainsaws as they made their way through the labyrinth of terror.

Did the guys avoid the wall of shame for scaredy cats? Well, Young says “I think I already pooped” at one point, so you’ll have to watch to find out.

Lowell, Ricky and VY visited House of Torment and we took our cameras.

Better have some tissues handy. pic.twitter.com/3LowKmg3o7