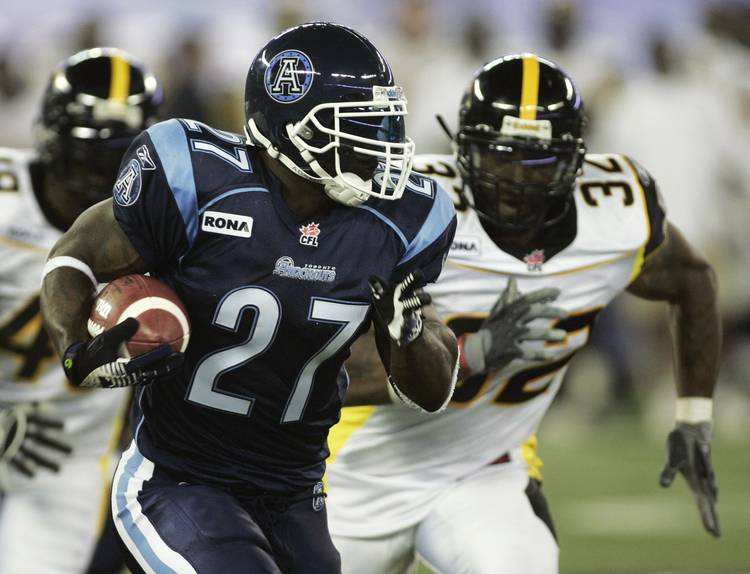 Vince Young is heading to Canada with hopes of reigniting a once flourishing football career.

Wait, where have we heard this before? Oh yeah. Young isn’t the first Texas legend to head north of the border.

Remember when Ricky Williams spent the 2006 season with the Toronto Argonauts while serving an NFL suspension?

Admittedly, there wasn’t a ton to remember on the field. Williams suffered a broken forearm and injured Achilles tendon that left him sidelined for eight weeks and relegated him to fullback upon his return.

He finished the season with 623 rushing yards and three touchdowns on 124 carries, including 97 yards and a score in the playoffs. He wasn’t even the featured back, as John Avery seized that role after Williams’ injuries.

The real fireworks happened off the field. His signing gave the CFL some much-needed publicity in the United States, but it also drew the ire of Super Bowl winning and one-time Argonaut quarterback Joe Theismann.

‘‘I don’t ever want to be mentioned in the same breath as Ricky Williams as a football player, ’’ Theismann told ESPN radio at the time. ‘‘Don’t tell me he’s ashamed to have played for the Argonauts.’’

Thiesmann also called the Williams signing a “feeble excuse” by the team to sell tickets, and said he was ashamed to have worn the A on his helmet.

The Argos fired back by showing an image of Thiesmann wearing the club’s old emblem on the Rogers Centre Jumbotron. A pencil appeared and rubbed out the “A,” which was followed by the phrase “Happy Now Joe?”

Of course, Williams ended up back in the NFL and had several more successful seasons, so the Canada experiment can’t be considered a total failure. Let’s hope Saskatchewan provides the career reboot Young is looking for, maybe without the vitriol.

Kevin Durant progressing in rehab, no timetable for return