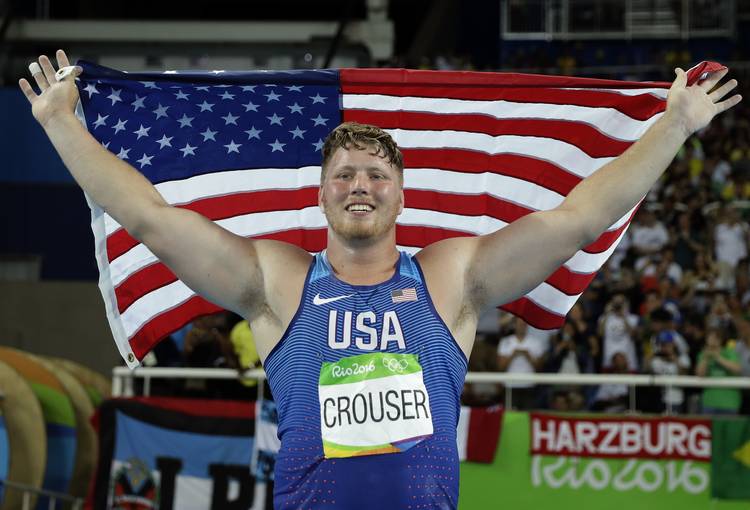 Ryan Crouser made it a Texas Longhorns sweep of the shot put event as he took the gold medal in Thursday’s final with an Olympic record of 22.52 meters at the Olympics in Rio de Janeiro.

Crouser, who finished his senior season at UT in March, earned gold in just under a week after Michelle Carter took the gold medal in the women’s final.

“For this being his first Olympics he handled it like a veteran,” said Mario Sategna, Texas track coach and assistant coach for Team USA. “He just was relaxed. To set the Olympic record, when you look at the list of names and the old record was set back in 1988 by Ulf Timmerman, that’s just icing on the cake. I could not be more proud. This is a long time coming.”

Kovacs’ best throw went for 21.78 meters to secure the silver.

Carter, nicknamed the “Shot Diva,” became the first American woman to ever win the event.

“To have two Texas Exes win Olympic gold in the same Olympic Games is unprecedented,” Sategna said. “It will be neat to find a way to honor two of the all-time greats that have done it the right way winning the gold medal.”

Longhorns in the Olympics: Day 13