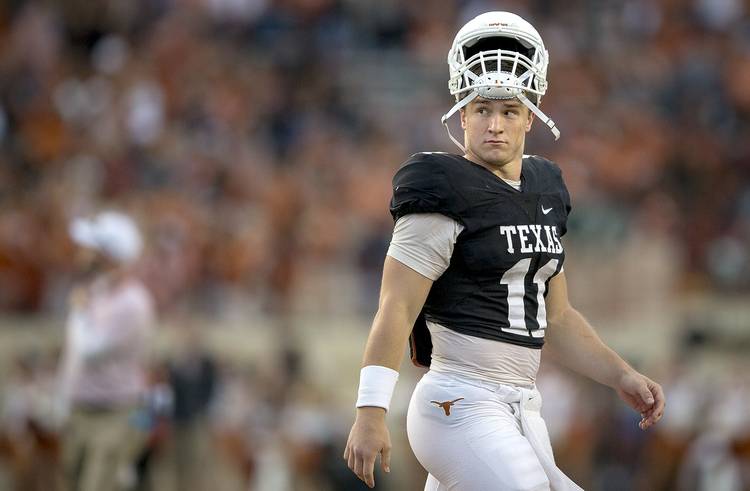 With 30 days to go until the start of the 2018 football season, Texas does not have a starting quarterback. The Longhorns do know who will lead them onto the practice field on Friday, though.

Texas coach Tom Herman told reporters on Thursday that sophomore Sam Ehlinger will get the offense’s first snap at the team’s first practice. Herman said Ehlinger deserved the opening nod due to his work during the winter while Shane Buechele recovered from a hip injury. He did not name Ehlinger his starter for UT’s opener at Maryland on Sept. 1.

Buechele, a junior, will still get plenty of work with the first-string offense in the preseason. When talking about the two quarterbacks, Herman assessed that “the spring was pretty neck-and-neck and they both had great summers.” Either Ehlinger or Buechele have been UT’s starting quarterback in each of its last 25 games.

Herman added that freshman Cameron Rising will take a few snaps with the first-string offense. Rising and classmate Casey Thompson, though, will mostly be relegated to back-up reps. Both of the true freshmen went through spring drills with UT.