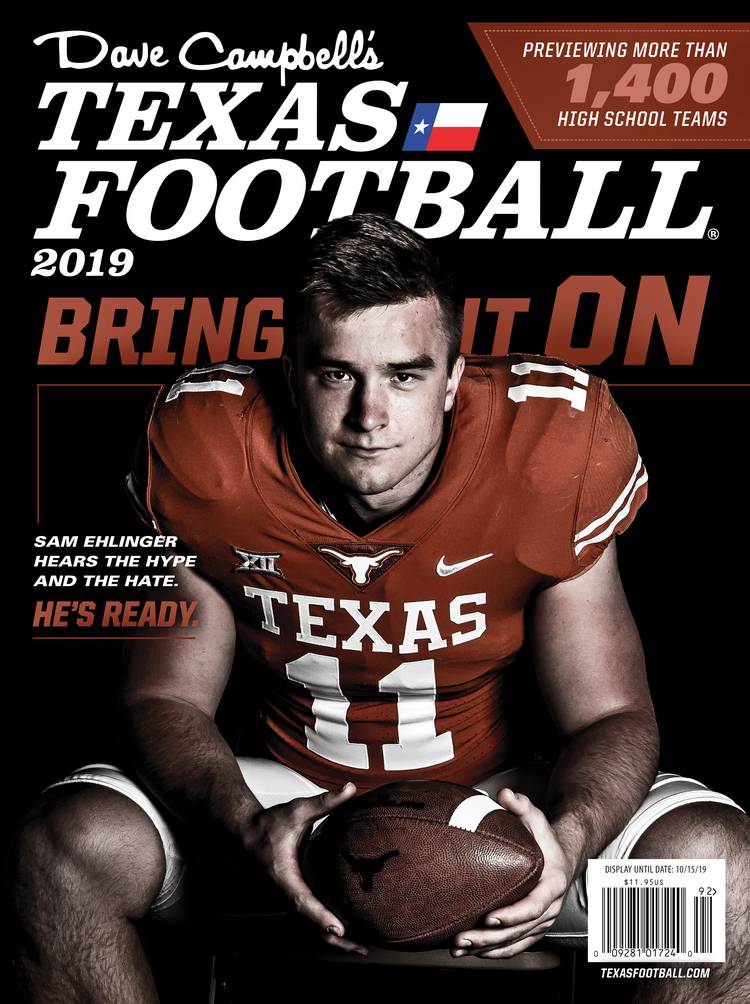 Longhorn junior quarterback Sam Ehlinger has been moved to a more prominent spot in the Bible of Texas Football.

Ehlinger will be featured on the cover of the 2019 edition of Dave Campbell’s Texas Football magazine, the publication announced on Monday. The annual preview of the upcoming football season for the state’s high school, collegiate and professional teams will hit newsstands in July. As a senior in high school, Ehlinger shared a secondary cover with Westlake head coach Todd Dodge.

The first of the Dave Campbell’s Texas Football magazines was published in 1960. This marks the 27th time that a Longhorn has been featured on the front, but Ehlinger is only the eighth player to get a solo cover. Texas has been on the magazine’s cover ahead of each of the four seasons that it won a national championship (Ehlinger’s 2016 secondary cover actually mimicked the 1963 cover featuring Darrell Royal and Scott Appleton).

Sam Ehlinger is the eighth Longhorn to get a solo billing on the cover of Dave Campbell's Texas Football. How did Ehlinger's seven predecessors fare the year that they were in the spotlight?

Ehlinger is coming off a sophomore season in which he threw for 3,292 yards and accounted for 41 touchdowns. His 16 rushing touchdowns ranked ninth nationally. Last year, Ehlinger also set a Big 12 record when he went 308 passes between interceptions.

With Ehlinger leading the way, Texas went 10-4 and won the Sugar Bowl. The team ended the season ranked ninth in the AP poll, which was the program’s best year-end showing since 2009.