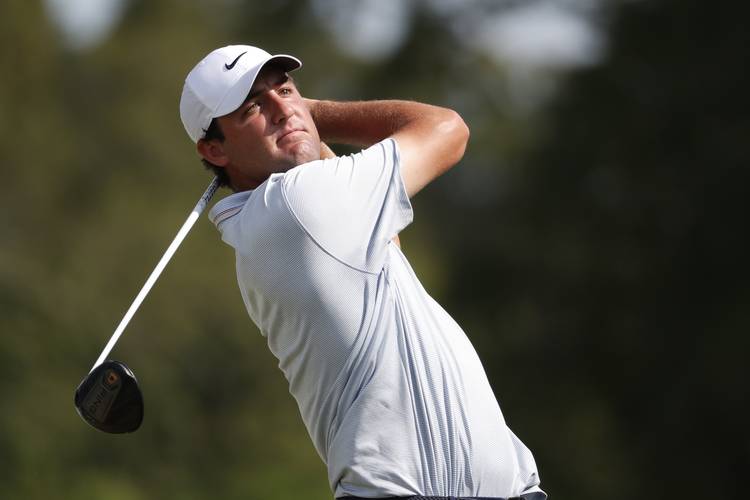 Yet another Texas Longhorn is off to make his mark on the PGA Tour.

Scottie Scheffler, 23, earned his full-time PGA Tour card recently and on Tuesday was named 2019 Korn Ferry Tour Player of the Year as well as the Rookie of the Year in a vote of his peers, it was announced today at the PGA TOUR’s Houston Open. The Dallas native, who received the Jack Nicklaus Trophy for winning player of the year, beat out three other nominees.

“So,” Scheffler said on a conference call Tuesday, “it was a good day.”

The former Longhorn won two tournaments on the Korn Ferry Tour in 2019 and earned the top spot on both the season-long and Korn Ferry Tour Finals points lists and money list. Scheffler also earned fully exempt status on the PGA Tour for the 2019-20 season as well as an exemption into the 2020 Players Championship and become the first player to top both lists since Chesson Hadley did it in 2017.

He’s already reached an official world golf ranking of 82 and has made $524,986. He’s played in two PGA Tour events, including A Military Tribute at The Greenbrier tournament where he finished in the top 10, something he did 10 times on the Korn Ferry Tour. He came in tied for seventh after scoring 67s in the first two rounds.

“That week was fun,” he said. “I just jumped in and had high hopes for the weekend, but I didn’t have my best stuff. I finished in the top 10, but it could have been a lot better. I feel my game’s in a good place.”
“On behalf of the PGA Tour, I would like to congratulate Scottie Scheffler for earning these awards through a vote of his peers,” PGA Tour commissioner Jay Monahan said in a statement. “His 2019 Korn Ferry Tour season was among the best in tour history, and we’ve already seen his talent translate into early success on the tour this fall.”
After turning professional in 2018, Scheffler earned Korn Ferry Tour status by finishing in a tie for 34th at the 2018 Korn Ferry Tour Qualifying Tournament. He scrambled and got up and down on his final two holes at the Korn Ferry Tour Qualifying School’s final stage to earn guaranteed starts for the 2019 season.
Scheffler got off to a hot start on the season with two top 10s in his first three starts and was runner-up at the Savannah Golf Championship. He got his first victory of the season at the Evans Scholars Invitational in May.
He completed the year with $565,338 in earnings, the third-most single-season earnings in Korn Ferry Tour history. He recorded 10 top 10 finishes and added a second win at the Nationwide Children’s Hospital Championship.
“Scottie Scheffler had an incredible first season on the Korn Ferry Tour,” Korn Ferry Tour president Alex Baldwin said. “He is a fantastic example of the growing youth presence we are seeing on our Tour.”