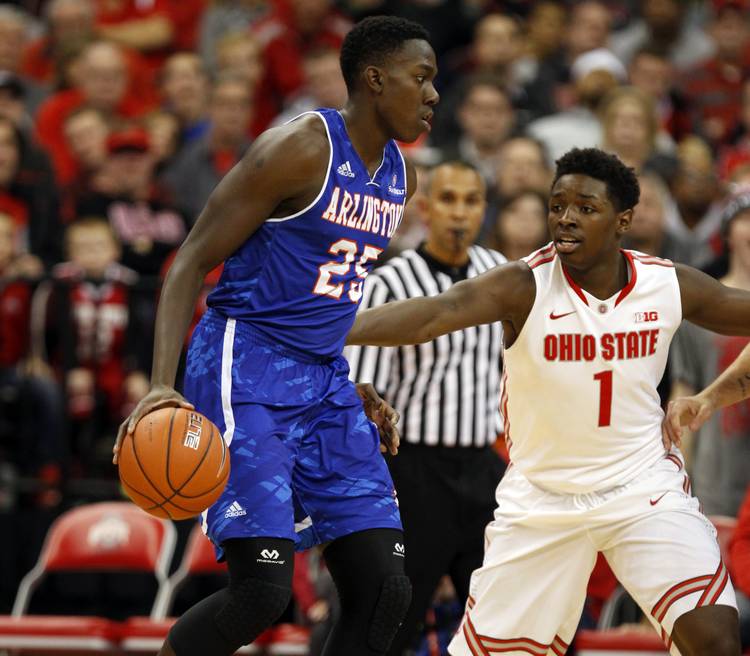 About Texas: Guard Kendal Yancy still has not gone through a full practice since suffering a concussion on Nov. 21. The UT training staff has strict views on concussion protocols, but coach Shaka Smart said Yancy “is making progress.” … Guard Isaiah Taylor is off to a streaky start. He was 7 for 16 shooting and racked up 27 points in the season-opening loss to Washington. Then, he went 1 for 7 against Texas A&M-Corpus Christi and 2 for 9 against Texas A&M. Taylor was 10 for 24 in the final two games at Atlantis. … Oddly, C Prince Ibeh had almost no offensive presence in the last three games because of foul trouble. He took only one shot and totaled up 11 fouls.


About UT-Arlington: Smart is impressed with UTA’s Kevin Hervey, who was named the Sun Belt player of the week on Monday. The sophomore from Arlington Bowie averaged 21 points and 11.5 rebounds in UTA’s four-game winning streak. “Our offense goes through him,” UTA coach Scott Cross said. … The Mavs should come into Tuesday’s game feeling jilted. Cross’ bunch didn’t get a single vote in this week’s Associated Press Top 25 poll despite two high-profile road victories. … Led by Erick Neal and Drew Charles, UTA’s backcourt does play solid perimeter defense, holding opponents to just 29.1 percent shooting from 3-point range.