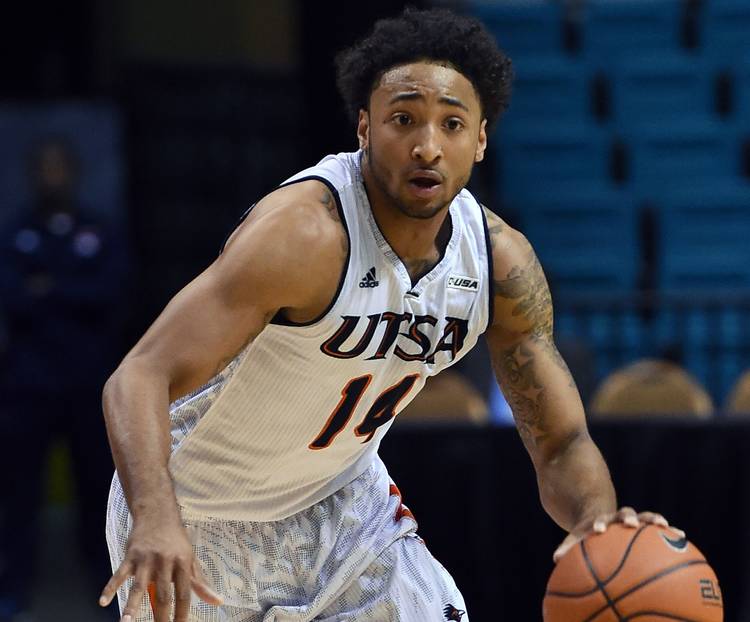 Texas-San Antonio guard Ryan Bowie brings the ball up the court against the Central Arkansas Bears during the Men Who Speak Up Main Event basketball tournament at MGM Grand Garden Arena on November 23, 2015 in Las Vegas, Nevada. (Photo by Ethan Miller/Getty Images)

About Texas: This is UT’s final tune-up before Saturday’s clash with North Carolina, which jumped back up to third overall in this week’s Associated Press Top 25 poll. … In the past, this was a walkover matchup. Texas has won all six games by an average of 15.8 points. However, coach Shaka Smart has said he prefers the Horns look at the opponent as “nameless and faceless” to maintain an even keel. … Texas’ rebounding totals through seven games are shocking. Opponents average 39.4 rebounds compared to UT’s 37.4. … Smart trusts that freshman Kerwin Roach will continue to develop his ball-handling skills. He’s made 17 turnovers so far.

About UT-San Antonio: The Roadrunners have logged several miles up and down Interstate 35 already in December. UTSA lost at Texas State last Wednesday in San Marcos. Ryan Bowie had his seventh career double-double with 11 points and 11 rebounds. … Nick Allen was the first freshman to start his UTSA debut since Jerome Hill in 2010. Six first-year players are all part of coach Brooks Thompson’s rotation. … Bowie, a Lewisville native, has started all 38 games of his career and leads Conference USA in scoring and is just outside the top 10 in rebounding. … And you thought flying to China was bad? UTSA played eight of its first nine games on the road.