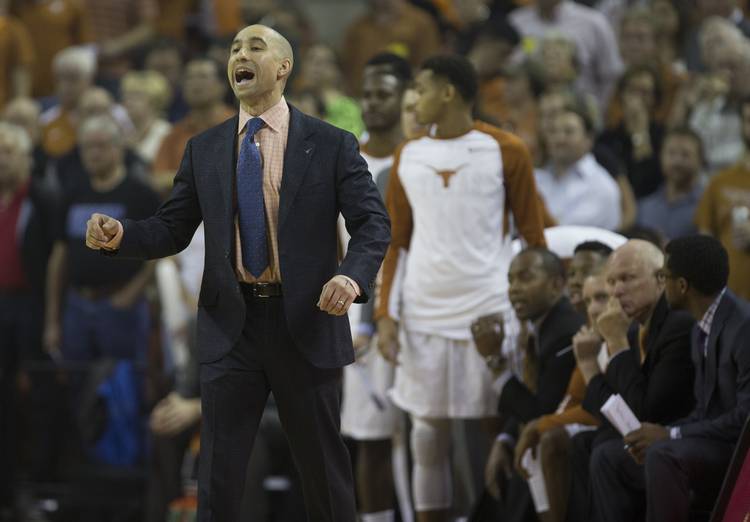 On Monday, five-star point guard Andrew Jones from Irving MacArthur verbally committed to the Longhorns, a source familiar with the process said. Scout.com was the first to report Jones’ decision. The 6-foot, 4-inch guard is widely considered one of the best point guard recruits in the nation.

Jones was at the Erwin Center on Saturday to see UT’s first home win over a top-five opponent since knocking off No. 2 Oklahoma in February 2009.

“Over the past couple months, since the end of July, I’ve built a strong relationship with coach Smart,” Jones told Scout.com. “It was to the point where we were texting every morning. He was sending me motivational quotes about how to be a leader and how to stay positive.”

“We would also exchange diagrammed plays and would send me plays that we could potential run next year and how I could easily score,” he added. “We just become very close on a personal level.”

5 things to know about Sterlin Gilbert’s arrival to Texas