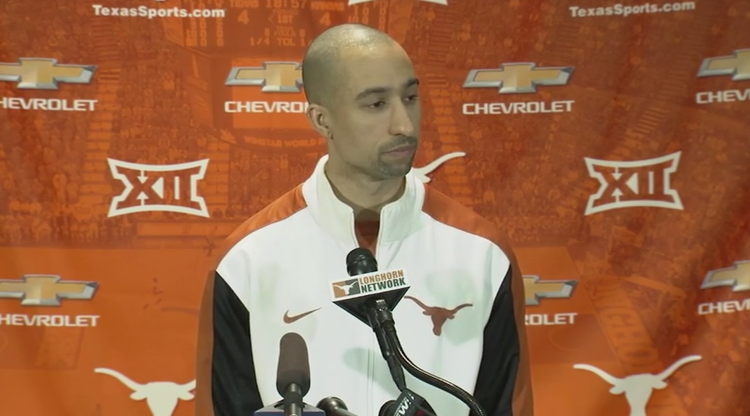 Texas basketball coach Shaka Smart had his weekly press conference on Tuesday, weighing in on the Longhorns’ loss to OU on Monday night, Cam Ridley’s injury status and more:

Shaka Smart: "I think moral victories are more of a media thing."

Shaka Smart calls Buddy Hield "one of the nicest guys in the world, but he's an assassin."

Shaka looking for more playmakers? "Our offensive diversity? Not great. But we’re working on it."

Shaka on Texas G Javan Felix: "He’s our smallest guy, but he might be the toughest guy. … I wish he was 7-feet tall."

Check out the full video below: