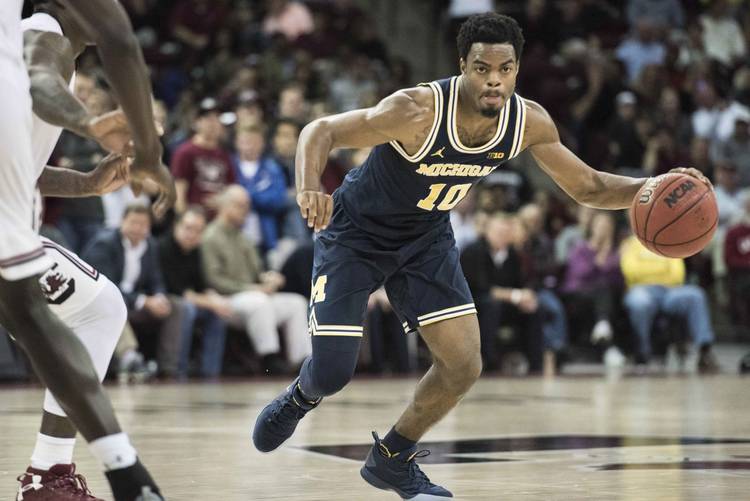 About the Longhorns: This will be a homecoming for G Eric Davis Jr., a sophomore from Saginaw, Mich., located more than an hour north of Ann Arbor. He’d probably love to see a friendly face right now. Davis, who desperately wants to be a team leader, was 1 for 12 shooting in the last two games. His driving layup last Friday against Alabama was a huge bucket at the time. Coach Shaka Smart said it was good for Davis to see the ball go through the hoop again. “Eric’s a chip-on-your-shoulder guy. But I know he’s excited about going home,” Smart said. … Texas needs more from its bigs. Jarrett Allen, Shaq Cleare, James Banks combined for only seven rebounds against Alabama. … The Horns had only 10 assists on 25 made field goals against the Crimson Tide.

About the Wolverines: Coach John Beilein’s club lost to South Carolina (Nov. 23) and Virginia Tech (Nov. 30). It’s a good shooting bunch, one that’s averaging almost 45 percent from the floor. It also features six seniors. Derrick Walton Jr. needs only 16 points to become the 51st player in school history with 1,000 career points. He has a team-high 22 3-pointers this season. … Duncan Robinson also crossed the 1,000-point threshold last Saturday against Kennesaw State. He has 1,002 points. … Moritz Wagner is 17 for 22 in his last three games and currently has the sixth-best shooting percentage (.651) in the Big Ten. He shot almost 61 percent from the floor last season. … Michigan has the eighth-best free-throw shooting percentage (.803) in Division I.

Tom Herman was born in Ohio, and that’s a good thing, Texas fans

Mock draft: D’Onta Foreman could be first Longhorn taken in first round since 2015