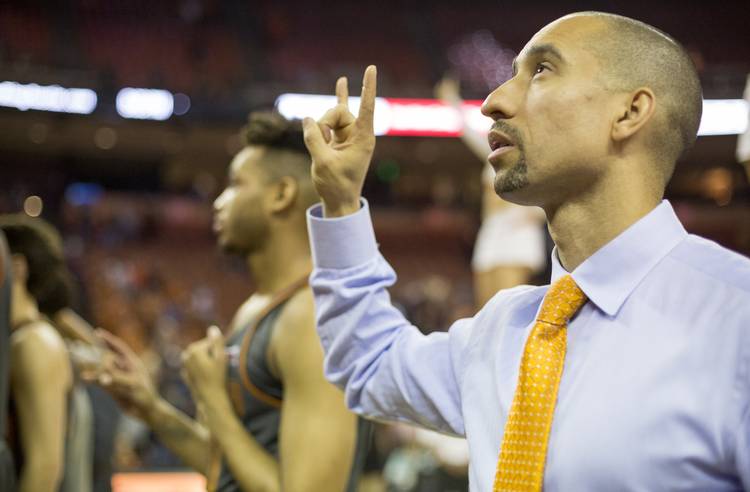 RICHMOND, Va. — Mat Shelton-Eide, a one-time blogger who has grown into a full-fledged member of the Fourth Estate, lived one block over from Shaka Smart.

The co-founder of VCURamNation.com would see the Virginia Commonwealth basketball coach and exchange pleasantries. Shelton-Eide, like most VCU fans, wished nothing but the best for Smart when he left VCU for Texas in April 2015.

Smart gave VCU six transformative seasons, highlighted by 163 wins and a trip to the 2011 Final Four. Smart stood on the tarmac in Tampa, Fla., looked VCU’s biggest donor in the eye and promised Stuart Siegel that he’d stay four years. “And he stayed six years,” Siegel said. “He honored that commitment.”

The Siegel Center, which holds 7,637 fans, had its first sellout under Smart on Jan. 29, 2011. It’s been sold out for every home game ever since. And the school opened a $25-million practice facility just off Broad Street, which runs through the heart of campus.

The VCU community has a chance to pay it back on Tuesday when Smart brings the Longhorns (5-2) into what’ll be an appreciative hornet’s nest. The 105th consecutive VCU sellout is easily the hottest ticket in town.

FROM THE ARCHIVES: ‘Stole the heart of Richmond’

“I think he’s going to get a standing ovation,” Shelton-Eide said. “A lot of the leading voices in the VCU basketball community are saying this is what should go down. I think just in general, that’s what’ll happen.”

That’s what VCU athletic director Ed McLaughlin expects, too. The pump is primed. A long feature about Smart was the centerpiece story in Monday’s editions of the Richmond Times-Dispatch.

“Yeah, I mean, mixed emotions certainly,” McLaughlin said. “Happy he’s coming back and I know our fans will treat him well. We’ve all started friends, and when you have to play a friend, it’s not easy. But it’s going to be a wild, wild time, I’ll say that.”

Lest anyone forget, Smart was forced into this. As part of the VCU buyout agreement, Texas was required to schedule at least one game in Richmond. It’s a savvy move by VCU to insert that clause into its coaches’ contracts.

Jeff Capel brought 17th-ranked Oklahoma here in November 2009 … and lost to the Rams.

“We’re sort of undefeated with these coaches coming back,” Siegel said.

The winning coach in both instances? Shaka Smart.

“Oh, man. If I could give you bulletin board material, what I would say to the Texas team is that our fans show up to all the games, not just the big ones. We show up for Stetson,” Shelton-Eide said. “It ain’t the biggest building, but there’s a lot of vitriol in that place.”

The Siegel Center has a low ceiling, which keeps noise trapped. Fans feel like they sit right on top of the action. It’s a unique building, one that’s a total opposite from the cavernous Erwin Center. If Texas ends up building a 12,000-seat arena, school officials could look at the Siegel Center for ideas.

“Oh, it’ll be a lot of fun in terms of the atmosphere for everyone that’s there,” Smart said last week. “Now, the atmosphere will at times make it not fun for our guys. That’s what good home courts do.”

Asked if the Longhorns have any idea what awaits them, Smart said, “The players? Nooooo. We have some time between now and them to educate them.”

Smart’s top assistant Will Wade replaced him for the 2015-16 season. Wade spent two seasons as the head coach and then left for LSU, a move that left the locals jilted. VCU still went to the NCAA Tournament both years, though. Fans expect first-year coach Mike Rhoades to pull off the same magic, even though his Rams (5-3) have eight newcomers.

Like Wade, Rhoades was an assistant under Smart before spending the last three seasons at Rice. Smart called Rhoades one of “my best friends in coaching.” Both have celebrated big wins and commiserated over tough losses.

“There were times I called him last year to pick him up, and there were times he called me to pick me up. That’s what you do,” Rhoades said. “That’s a special thing. We’re not ruining that, because we’re playing each other.”

VCU has enjoyed 17 consecutive winning seasons, which spans five head coaches. This year’s group is young, but it can shoot the lights out. The Rams are hitting 41 percent of their 3-pointers. Justin Tillman, a senior that Smart signed at VCU, is the team’s leading scorer. He poured in a career-high 28 points on Saturday against Old Dominion.

“Most VCU fans, and I think it’s true of any program, think the sky is falling when they lose a coach when they respect and really care for,” Siegel said. “But in each case, we have sort of landed on our feet.

“When Anthony Grant left, and Shaka showed up, how enthusiastic could they really be on day 1?,” he added. “But he earned the respect of everyone in the VCU family and the rest of his players and the entire athletic department. He earned his stripes.”

Smart will bring his wife, Maya, along on this rare road trip. She’s just as big in the Richmond community as he is, well known for her active community work. It’s also a chance for UT assistant Mike Morrell and strength coach Daniel Rouse to see old friends — while wearing burnt orange, of course.

“They’re special, special people to Richmond. They will be appreciative,” Rhoades said. “They should be. Our fans do things the right way. We’ve got class. He will get his standing ovation, and I’m sure of that. We appreciate him and his wife and family so much, not just the way he coached the team but the way he made VCU better and way he made Richmond better.”