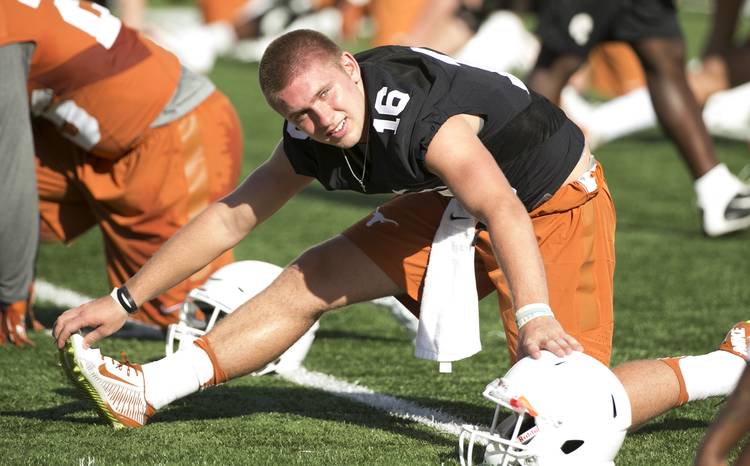 Shane Buechele’s conception was the ultimate Hail Mary pass. The freshman quarterback — who will likely see action when Texas plays Notre Dame, even if Charlie Strong still hasn’t actually named his starter — was a miracle baby, according to a Dallas Morning News profile published over the weekend.

RELATED: Texas coach Charlie Strong on his QB situation: ‘I kind of know’

Of Buechele’s “most odds-defying feat,” in a young life full of them:

Those Shane surprises cannot compare with Nancy Buechele’s spring-of-1997 realization that she was pregnant with him — despite Steve’s having had a vasectomy.

For the close-knit Buechele family, it’s made Shane’s Jan. 8, 1998, birth and journey from ultra-hyper kid to calm Arlington Lamar star to early rave reviews in Austin all the more wondrous.

‘He’s the oops baby who turned out to be the prodigy,’ laughs Jordan Buechele, 21, the older of Shane’s two sisters.”

So I guess you could say that when Buechele hits the field this fall, the Longhorns offense hope to see a … vas deferens in their offensive capabilities. Read more about the “medical flub” turned source of burnt orange hope at Sports Day.

They believe: Which AP voters put the Longhorns in their preseason Top 25?