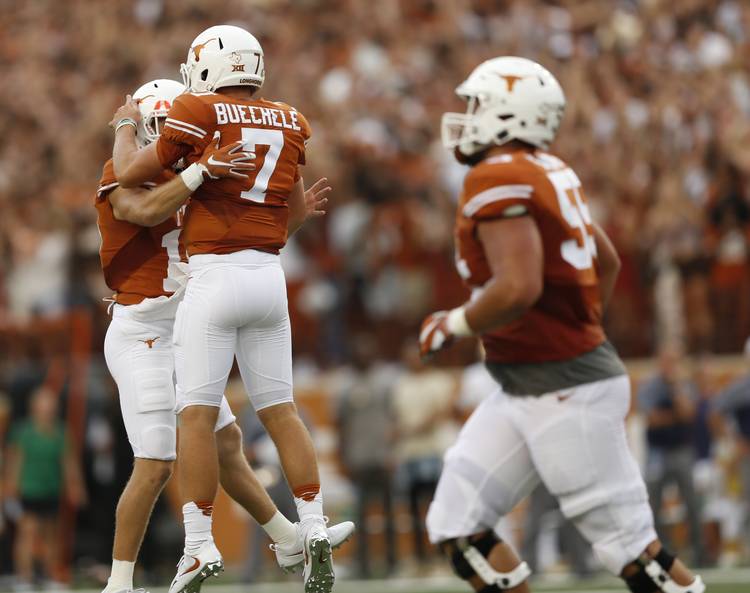 Welcome to the 40 acres, young man.

The 20-yard touchdown came with 9:37 left in the first quarter, finishing off a 75-yard drive. Texas tied the score 7-7.

How about that 1st drive for Shane Buechele?? If he's anything like his dad, Steve, big things ahead for Texas!

Did someone throw a program at Notre Dame RB Tarean Folston ?

WATCH: Texas takes the lead on a QB sneak by Shane Buechele