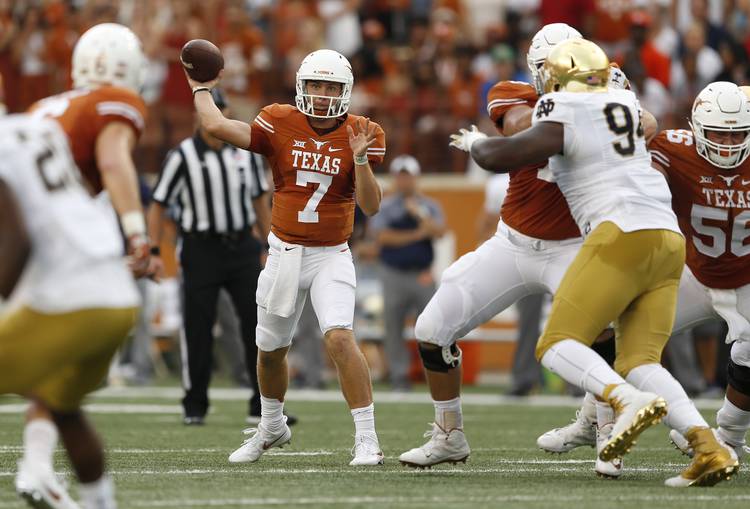 Texas quarterback Shane Buechele looks to pass in the first quarter against Notre Dame at Royal-Memorial Stadium on Sunday September 4, 2016. The Longhorns scored on their opening drive. JAY JANNER / AMERICAN-STATESMAN

After a lengthy drive that featured both Texas quarterbacks, the Longhorns took a 14-7 lead on No. 5 Notre Dame.

Shane Buechele scored the first rushing touchdown of his Longhorns career, sneaking in from 1 yard out to finish off a 16-play, 88-yard drive.

Tyrone Swoopes also featured prominently during the march to pay dirt, but it was the freshman Buechele who led the Longhorns through the red zone.

So far that’s two touchdowns — one passing, one rushing — for the young quarterback.