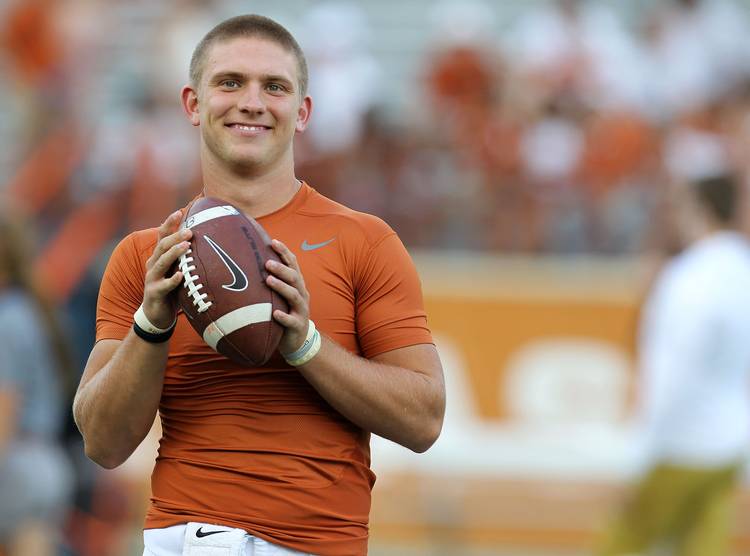 Tuesday was quite the day for the Texas football program.

Just after lunch, the Longhorns learned they were ranked 11th in the Associated Press Top 25 poll. Then in late night, the Longhorns made it into Jimmy Fallon’s monologue on The Tonight Show.

“College football kicked off this weekend, and Texas Longhorns quarterback Shane Buechele told reporters that he was born after his dad had a vasectomy,” Fallon said.

“Or in other words, he was his very first quarterback sneak.”

The Dallas Morning News first broached the topic in a profile about Buechele on Aug. 20. Shane’s mother realized in the spring of 1997 that she was pregnant, even though father Steve had undergone the procedure. Steve Buechele is currently the bench coach for the Texas Rangers.

Shane Buechele was born on Jan. 8, 1998. Although his entire family has been long-time Oklahoma supporters, Shane committed to Texas and is coaxing the family into wearing burnt orange.

As for the vasectomy tidbit, Shane Buechele told UT reporters, “I didn’t expect that to get out like that. It was crazy. I’m not embarrassed about it. My dad might be.”

Was that an accomplishment? “I guess so,” he said. “I don’t know what you’d call that. But I’m just excited to be here, definitely.

“I found out, shoot, when my dad was (coaching) the Rough Riders,” he added. “That’s a long story. I just remember hearing it and thought, ‘What?’ I guess it’s just been kind of a thing.”

It’s kind of a late-night thing now, too.