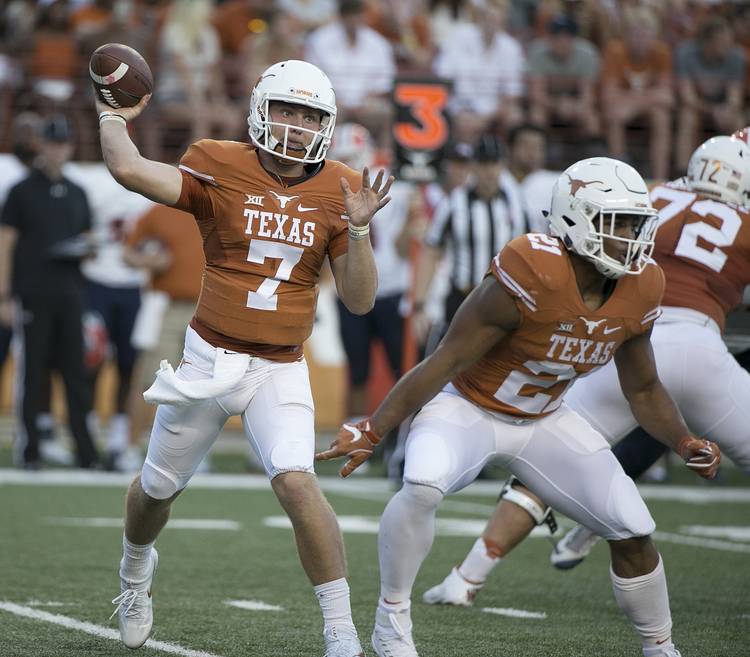 Over the first two weeks of his collegiate career, Texas freshman quarterback Shane Buechele has completed 38 of his 53 passes. He’s also 2-for-2 on Big 12 awards.

On Monday, Buechele was named the Big 12 Conference’s Newcomer of the Week. It was the second straight week that Buechele was honored by the Big 12 as he won the same award after the season’s first week.

Charlie Strong’s Cal presser: Texas should be at full force