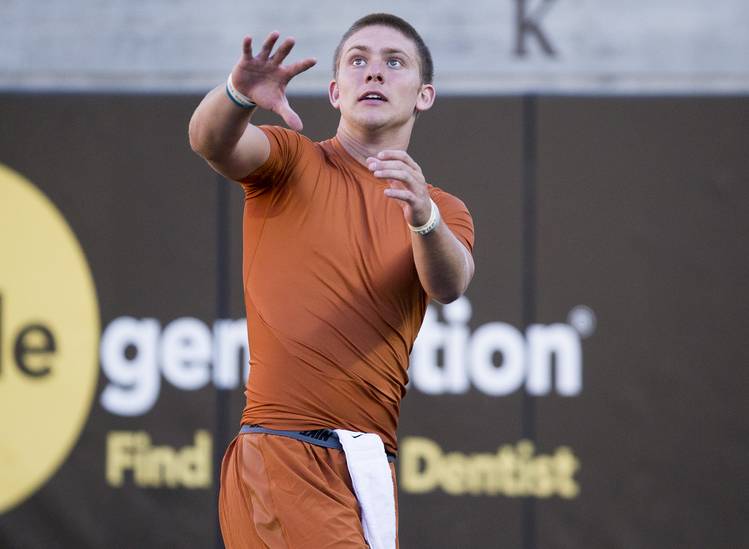 UPDATE: (11:00 p.m.): Buechele re-enters the game in the middle of the second quarter

UPDATE: (10:31 p.m.): Buechele is back on the Texas sideline throwing passes.

Shane Buechele is back on the Texas sideline throwing. No helmet, though.

UPDATE (10:21 p.m.): Buechele’s chest is being looked at by Texas trainers per ESPN.

After a punishing hit on the final third down of Texas’ previous series, quarterback Shane Buechele got up gingerly.

Texas trainers led Buechele to the Lonhorns locker room for what it appears to be further tests.

Texas QB Shane Buechele is going to the locker room. Probably b/c of that third-down tipped ball.

Watch the hit below: