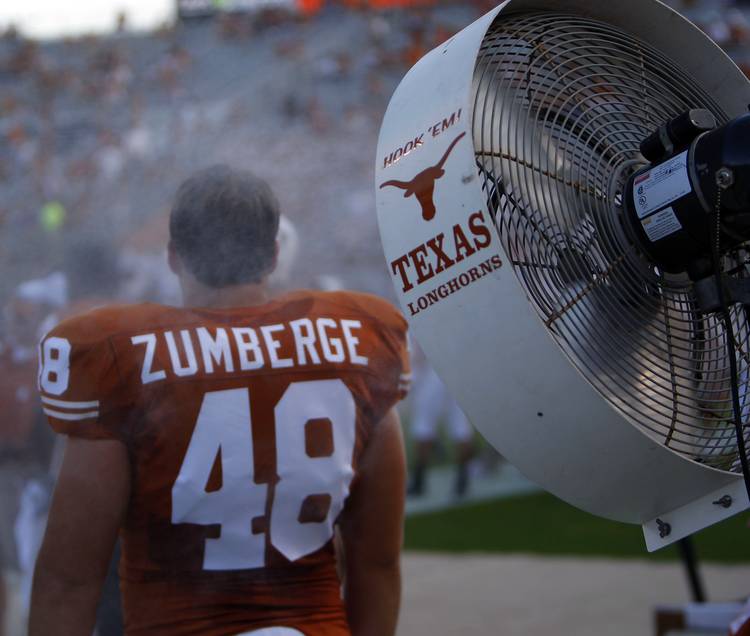 Texas No. 48 Alex Zumberge cools off before the Longhorns played TCU at Texas Memorial Stadium on Sept. 8, 2007. Ricardo B. Brazziell/AMERICAN-STATESMAN

Let’s use Texas’ roster, history and scouting reports to countdown to the start of the 2017 football season. Today, we are only 48 days away from Texas’ home game against Maryland.

Which Longhorn wears No. 48? DL Andrew Fitzgerald, a four-star recruit who redshirted last year. The No. 48 jersey once belonged to Alex Zumberge. As a long-snapper, Zumberge was one of three players to touch the football on one of the more-famous plays in school history: Justin Tucker’s 40-yard field goal that beat Texas A&M in 2011.

Fun fact about No. 48: Texas QB Shane Buechele threw a career-high 48 times in last year’s 24-20 loss to West Virginia. Buechele had 40 pass attempts a week earlier against Texas Tech, and those two games marked the only 40-throw games of Buechele’s freshman year.