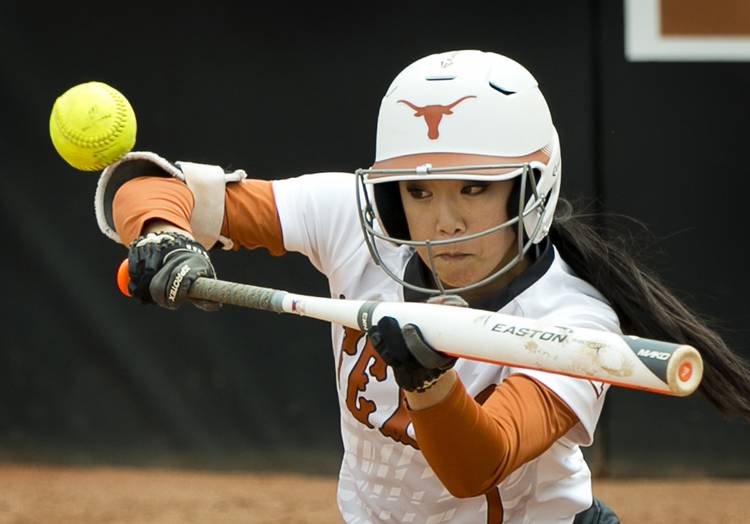 Stephanie Wong of UT lays down a bunt and gets a single in the fourth inning against Texas State at McCombs Field on Saturday April 4, 2015. JAY JANNER / AMERICAN-STATESMAN

To qualify for the honor, an athlete must have a 3.5 combined GPA or higher over the previous two semesters.

The Longhorns’ fall season is in full swing. Texas will host Temple College Thursday at McCombs Field at 6:30 p.m. Admission is free and parking is available in any east side lot surrounding McCombs Field.