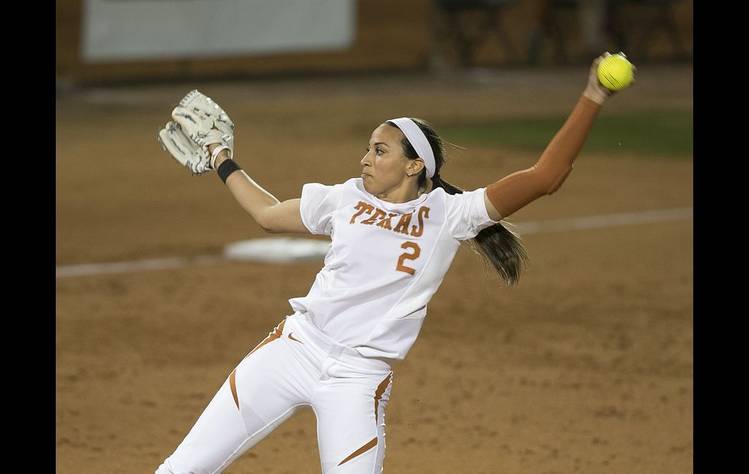 The Texas Longhorns rallied from down three runs to defeat the North Carolina Tar Heels 6-5 in extra innings at the Texas Classic on Friday night.

Kelli Hanzel scored on a bases-loaded walk drawn by Celina Felix in the bottom of the eighth to improve the Longhorns to 2-0 on the young season. Tiarra Davis picked up her second win, allowing no runs on no hits in the final inning. The Tar Heels’ Kendra Lynch was hit with the loss.

A three-run fifth inning by Texas tied the game after the Longhorns fell behind 5-2 early. Christina Bardwell, who was 1-1 with a walk and two RBIs, hit a two-run single in the fifth that drove home Stephanie Ceo and Erin Shireman to tie the game.

The Tar Heels touched up Texas starter Paige von Sprecken early on with a home run by lead off hitter Taylor Wike. Wike went 3-3 with a home run, a double and three runs scored.

Kristen Clark came on in relief and settled things down after von Sprecken gave up five runs off five hits through 3 2/3 innings. Clark didn’t allow another run and gave up just one hit and struck out two through 3 1/3 innings.

After North Carolina took the early 1-0 lead the Longhorns responded with an RBI double by Lindsey Stephens to score Stephanie Wong in the bottom of the first.

Kristen Brown hit the second home run of the day in the second inning as she drove home Wike and Destiny DeBerry to put the Tar Heels up 4-1. DeBerry pinch ran for Darby Rosen, who had reached on an error. The teams combined for five errors in the game.

Texas cut the lead to 4-2 on a bases-loaded walk by Wong. Shireman scored on the play.

After the Tar Heels added another run in the fourth inning the Longhorns mounted the comeback in the fifth, sparked by an RBI double by Mickenzi Krpec which drove home Taylor McAllister.

The Longhorns are set to face North Carolina once again at 1 p.m. on Saturday, followed by a game against Arkansas at 3:30 p.m.