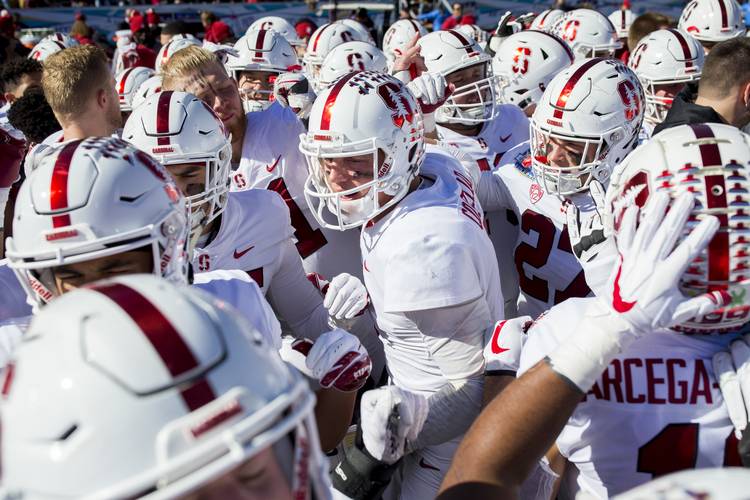 We’re 57 days away from the 2019 season opener, but it’s never too early to talk college football. We kick off our 11th annual countdown series of our preseason Top 25 as selected by the American-Statesman sports staff. Last year’s eventual CFP semifinalists ranked 1st, 2nd, 8th and 13th in our 2018 poll.

The Cardinal’s best-case scenario: Offensive lineman Walker Little will be a big get in the 2020 NFL draft and K.J. Costello has started 20 games. The rest of the offense, however, doesn’t boast that experience. The defense must hold down the fort while the offense grows up quickly. That will be easier said than done — USC is the worst team that Stanford will play over the first four games.

And their worst-case scenario: Stanford hasn’t had a leading rusher not named Christian McCaffrey or Bryce Love since the 2014 season. If the offense can’t come close to replicating the production of the 2015 and 2017 Heisman Trophy runners-up — senior Cameron Scarlett has yet to record a 100-yard rushing performance — then the offense may be stuck in neutral.

Last year, Stanford ranked 14th in our preseason poll. The Cardinal finished the year unranked for the first time since 2014.

Captain Costello: The 3,540 passing yards compiled last season by Costello, a team captain, ranked second in Stanford’s record books and the Pac-12. Could he become Stanford’s all-time leading passer one day? Maybe. He trails Steve Stenstrom by 5,798 yards. Costello is listed on Stanford’s roster as a senior but is technically a redshirt junior since he didn’t play during his first year of college in 2016.

From lacrosse to linebacker: Stanford has a hole at inside linebacker after Okereke was drafted by Indianapolis and Barton retired from football with a year of eligibility left. Sophomore Ricky Miezan is a candidate for playing time, which is an impressive feat since he didn’t start playing football until his junior year of high school. A Virginia native, Miezan was actually once the nation’s top-rated recruit in lacrosse.

Um, where are the cupcakes?: You can’t say that Stanford is ducking anyone this fall. Stanford’s three non-conference games will be against Notre Dame, UCF and Northwestern, which combined for 33 wins last season and placed fifth, 11th and 21st in the final Associated Press Top 25 poll. In total, Stanford’s 12 opponents went 90-63 in 2018.

The key game? Nov. 16, at Washington State. Stanford benefits from hosting Oregon and Washington this season, but this trip to Pullman will be the team’s toughest road test. Three of the last four games in this series have been decided by three points or less, but expect Stanford to be more concerned with its three-game losing streak against Mike Leach’s crew.

Coming tomorrow: Our No. 24 team

Here are two: This school and Texas used to be conference mates, and it claims five national championships but none since the 1990s.