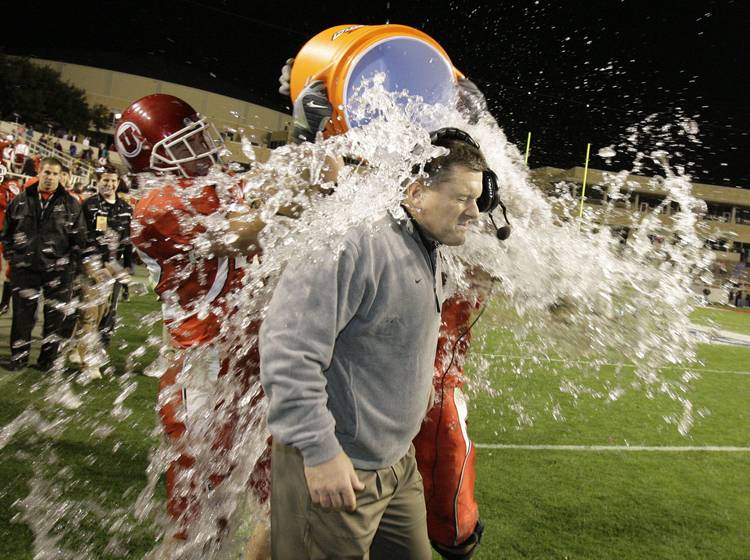 We’re 47 days away from the 2019 season opener, but it’s never too early to talk college football. We continue with our 11th annual countdown series of our preseason Top 25 as selected by the American-Statesman sports staff. Last year’s eventual CFP semifinalists ranked first, second, eighth and 13th in our 2018 poll.

The Utes’ best-case scenario: After winning their first Pac-12 South title last season, most of the pieces are back for another run. The strength is a large defensive line that might be the best in the conference. Barring injuries to key players, there is no reason to believe the Utes will not be playing Jan. 1 in the Rose Bowl.

And their worst-case scenario: Worst case? Utah must rebuild an offensive line that lost a pair of all-conference players (Jordan Agasiva and Jackson Barton). And there are only two returning lettermen back at linebacker; the defense could be softer than the group that yielded a total of 30 points to UCLA, Washington and Arizona last season. Yet a drastic dropoff is unlikely. The Utes, though, are in a division with teams that have traditionally seen success — USC, UCLA and Arizona State — and it won’t be a surprise if they return to their winning ways. If that happens, look for a possible return trip to the Holiday Bowl.

Spring cleaning: Former Texas QB Cameron Rising transferred to Utah, but will not be eligible to play until next year. … Offensive coordinator Andy Ludwig returns to the Utes after a 10-year absence from the team. Most recently he served the last four seasons as OC with Vanderbilt. … Last month the Utes received a 2020 commitment from Katravis Marsh of Miami, Fla., ranked by 24/7 as the No. 27 ranked dual-threat quarterback in the country. He chose Utah over Tennessee and Central Florida. Also, Ben Renfro, a safety from Magnolia outside Houston, committed in June; if he signs, he’d be the seventh player from Texas on the roster.

Moss is back: Had running back Zack Moss not been lost with a knee injury last November, he might not be in a Utes uniform this fall. Some had projected him leaving school early to enter the 2019 NFL draft, but he would have ended up missing most of the pre-draft events. Despite missing five games, the No. 4 all-time rusher in school history still led the team with 1,096 yards and 11 touchdowns, earning second-team all-conference honors.

Change of scenery: Among the notable newcomers is LB Manny Bowen, a graduate transfer from Penn State. Bowen had 134 tackles (12.5 for loss, and 3.5 sacks) over the course of his Nittany Lions career. But there were problems while he was in State College. He was suspended for the 2016 Rose Bowl and for three regular-season games at the end of the 2017 season before being kicked off the team before the Fiesta Bowl.

Impacting the defense: One of the top players on the defense has Central Texas ties. Defensive back Jav Guidry, a star at Cedar Park until he transferred to a Murrieta, Calif., high school for his senior year, has made an imprint in his first two seasons. On the track team, too. In January he won the 60-meter run at the Washington Invitational. His time was the seventh fastest in the world at the time. As for football, he earned all-conference honorable mention honors after playing 14 games at nickel back, nine as a starter.

The key game? Nov. 2, at Washington. In a battle of two Top 25 teams, the winner should have the inside track for Pac-12 championship honors.

This school plays its home games at Beaver Stadium.