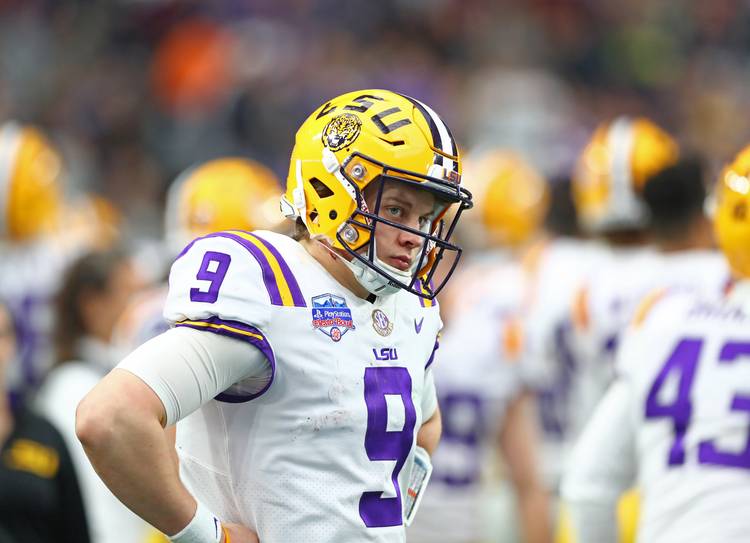 We’re 38 days away from the 2019 season opener, but it’s never too early to talk college football. We continue with our 11th annual countdown series of our preseason Top 25 as selected by the American-Statesman sports staff. Last year’s eventual CFP semifinalists ranked first, second, eighth and 13th in our 2018 poll.

The Tigers’ best-case scenario: LSU still must get past Alabama on Nov. 9, but perhaps the Tigers can take advantage of a schedule that avoids Georgia and really only has one matchup of significance in the first five games. LSU needs to find a new leading rusher, but the offense may not fall off that much if Joe Burrow follows up last year’s debut in Baton Rouge with a strong senior season.

And their worst-case scenario: Worst case? Even if Tom Herman proves to be the coach that got away on Sept. 7, LSU should still be 4-1 by the time it hosts Florida on Oct. 12. The SEC is still the SEC, though, so things could quickly get ugly if the Tigers don’t cut down on the penalties and sacks allowed. Only three SEC teams accrued more penalty yards last year than LSU, which also ranked 102nd in sacks allowed.

Last year, LSU was 24th on our preseason poll.

Spring cleaning: LSU had three draft picks, its smallest draft class since 2005, but LB Devin White and CB Greedy Williams were among the first 46 overall picks. … Joe Brady, who spent the past two years as an offensive assistant with the New Orleans Saints, was the only addition to the coaching staff. Brady, 29, will help coach LSU’s receivers. … The son of NFL Hall of Famer Randy Moss, junior tight end Thaddeus Moss, is set to make his LSU debut after transferring from North Carolina State and missing last year with a foot injury. … After redshirting at Texas in 2018, freshman DE Mike Williams transferred to LSU.

Burrow’s breakout: When fans last saw Burrow in a game that mattered, he was throwing for a career-best 394 yards in the Fiesta Bowl. That capped a season in which he compiled 3,293 yards of total offense, a total at LSU that ranks behind only the 3,351 yards recorded by Rohan Davey in 2001. Burrow led LSU to wins over Miami, Auburn, Georgia and Central Florida teams that all were ranked in the top 10. Now a fifth-year senior, Burrow arrived at LSU in 2018 as a graduate transfer from Ohio State who was originally recruited to Columbus by Herman.

From pitcher to punter: Zach Von Rosenberg ranked seventh nationally in punting with his average of 45.7 yards. This year he’s vying to become LSU’s first-ever finalist for the Ray Guy Award. At 28, Von Rosenberg is this season’s oldest Tiger. Once committed to LSU’s baseball program, Von Rosenberg walked on to the football team in 2016 after spending six years as a pitcher in the Pittsburgh Pirates’ farm system.

Tough task: It’s safe to say that LSU won’t be favored when it travels to Tuscaloosa. The Tigers have dropped eight straight games in their series with Alabama, and last year’s 29-0 decision was LSU’s third shutout loss during that stretch. Struggling to score against Alabama is nothing new for LSU, which is averaging 9.1 points during its losing streak. In fact, LSU has exceeded 30 points only twice in its last 60 games against the Crimson Tide.

The key game? Nov. 30, Texas A&M. Their seven-overtime marathon last year helped usher in a new NCAA rule about overtime, so don’t expect Burrow and A&M’s Kellen Mond to account for 699 yards of offense, 13 touchdowns and five two-point conversions in the rematch. Postseason positioning will likely be on the line for both teams and LSU will be looking to send its seniors off as winners in their final home game.

This school is the highest-ranked team in our poll that’s breaking in a new coach.