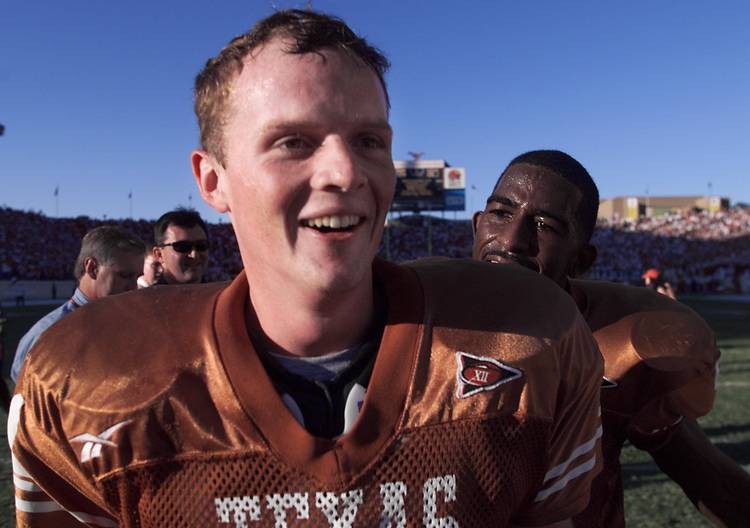 Expect a massive amount of interest to be focused on Saturday afternoon’s game between Nebraska and Texas at Royal-Memorial Stadium.

ESPN’s “Game Day” road show will make a stop in Austin for the first time to broadcast updates from the UT campus throughout the day. Meanwhile, ABC (KVUE-TV) will broadcast the game, pitting third-ranked and undefeated Nebraska against No. 18 Texas, to a regional television audience.

Chris Fowler, Lee Corso and Kirk Herbstreit will be co-hosts of ESPN’s show, which stops every Saturday in the fall at a major college game.

A crowd of more than 84,000 is expected. If the estimate holds, it would be the largest crowd ever to attend a football game in the state. The record is 83,687 at the Texas-Texas A&M game on Nov. 27, 1998, when eventual Heisman Trophy winner Ricky Williams broke the NCAA Division I-A career-rushing record with his 259-yard performance against the Aggies in Royal-Memorial Stadium.

Nebraska and Texas have met only six times, and the series is tied . The Longhorns have pulled off huge upsets in the past two contests, including last year’s come-from-behind 20-16 victory that snapped Nebraska’s 47-game home winning streak.

Saturday’s game will mark the first time since 1960 that the Cornhuskers have made a stop in Austin. There will be a significant number of Big Red faithful — the thousands of Nebraska boosters who follow their team at home and on the road — gathering here to watch the game, although UT allotted the team only 4,000 tickets.

“Texas is one of our top states for alumni,” said Chris Anderson, Nebraska athletic department spokeswoman. “We have about 8,000 down there, particularly in the Dallas area. When we play in Texas or California, we usually double our number of (allotted) tickets somehow, so I’m expecting 8,000, 9,000 or 10,000, maybe 15,000.”

Although the game officially has been sold out since this summer, there are tickets for sale — for at least three times face value. A pair of 35-yard line tickets, with a combined face value of $72, was being auctioned Monday on the eBay Web site for $1,000.

“You can get the best seats in the house for only $350,” said Randy Cohen, owner of Austin’s Ticket City. :There’s been good interest. It hasn’t been high, but it’s been steady. We’ve had these tickets the whole year, and we’ve been selling and selling and selling.”

For fans without a ticket to the game, there is Friday night’s parade and pep rally down Sixth Street. The parade starts at 7:45 p.m. at Sixth and Red River streets. The pep rally is afterward.

FROM THE ARCHIVES: Creamed Corn