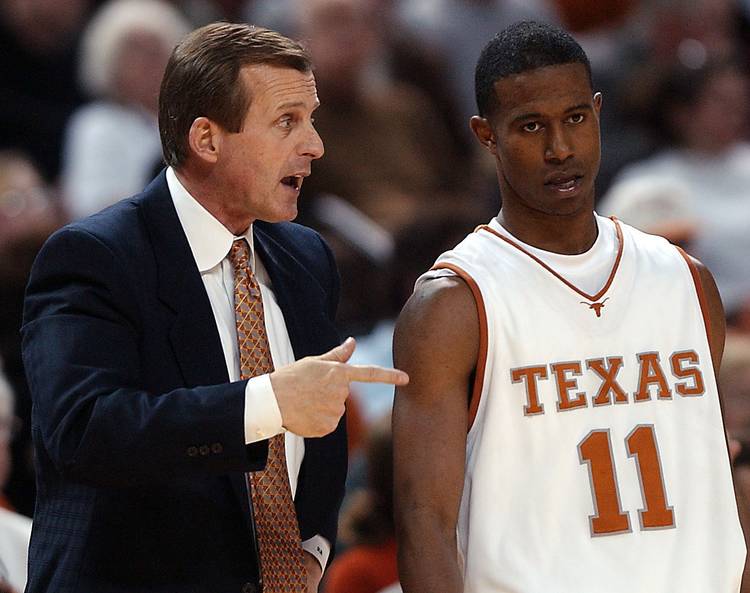 When will the questions end? When will all of the answers be given, and when will everything be known?

T.J. Ford, who turned 20 two weeks ago, might have been the most interrogated teen-age basketball player this year in any state not spelled O-H-I-O.

The Texas point guard got plenty of attention last year, when, as a freshman, he led the nation in assists. He gamely agreed to interviews, and when reporters asked him to explain the way he whipped that pass between a clutch of defenders to the startled teammate under the hoop, Ford considered the question, then answered with his own, personal truth. He didn’t really know. I do what I do, he’d say.

This season brought the same questions. Only this time there were so many more.

As surprising Texas — isn’t that a football school? — maintained its dwelling in the top 10, the experts traced the team’s evolution to the lithe, 5-foot-10-inch Ford. After all, Ford was the most visible fifth of the Longhorns five: the dribbler, the penetrator, the distributor, the spark. Even, this year, the scorer.

“If you’re asking for a signature player, I would say it’s T.J. Ford of Texas,” announced ESPN analyst Jay Bilas.

“For reclaiming the point guard position in all its old-fashioned purity, for giving the Longhorns chemistry to match their depth, for reconfiguring the balance of power in the Big 12, and for flouting the Samson legend, Ford is SI’s player of the year,” wrote Alexander Wolff.

All the while, Ford went on playing basketball, and when some writer asked the inevitable questions — about how he sees the court, how he learned to pass — the young son of Houston gave the same, sometimes foggy, answers. It was like asking a carpenter how he cuts wood.

Ford was the most sought-after interview when the players met the press Wednesday evening on the ninth floor of Belmont Hall. The group of journalists was larger this week, and when Ford sauntered in, a little late but merry, the round table where he took a seat congealed with microphones, recorders, notepads and cameras. Meanwhile, Jason Klotz, the sophomore center, took some quick questions from two reporters, looked around, figured he was finished (which he was) and left the room for a slice of pizza.

The popularity of Ford seems not to bother Klotz and his teammates. They seem genuinely happy for him, and because they credit him for so much of the team’s success, they seem thankful to have one of the nation’s premier point guards on their roster, whether he’s granting interviews or calling plays. They seem to realize — and appreciate — that without Ford, they might not be playing Saturday in the Louisiana Superdome.

“For one thing,” says senior forward Chris Ogden, “all the attention he’s gotten, he deserves.”

Scott McConnell, the media relations man for UT basketball, estimates he logged 25 to 30 interview requests from national reporters this year. That doesn’t include the conference calls with Ford, through which dozens of journalists can interview the same player, or the postgame press conferences throughout the season. In San Antonio, after Texas swept through the South Regional, everyone wanted answers from Ford.

He obliged. “He couldn’t care less if he does an interview,” McConnell says.

But Ford’s been doing them long enough that he knows what to expect, how to answer, which words to use, which themes to push. (One game at a time. So-and-so really stepped up. I respect so-and-so’s talent and ability. I do what I do. And so on.)

Then off he goes, back to the court, back to the dorm, back to the locker room, where the questions are different. Like, what are you doing tonight? Want to play some NBA Live? Trash is talked. Same stuff you’d hear at the Y. “He throws it right back at us,” Thomas says.

The show isn’t over. It’s just begun. Ford is about to answer more questions from more people at any one time than he ever has in his life.

More than 1,200 media credentials have been issued for the Final Four in New Orleans.