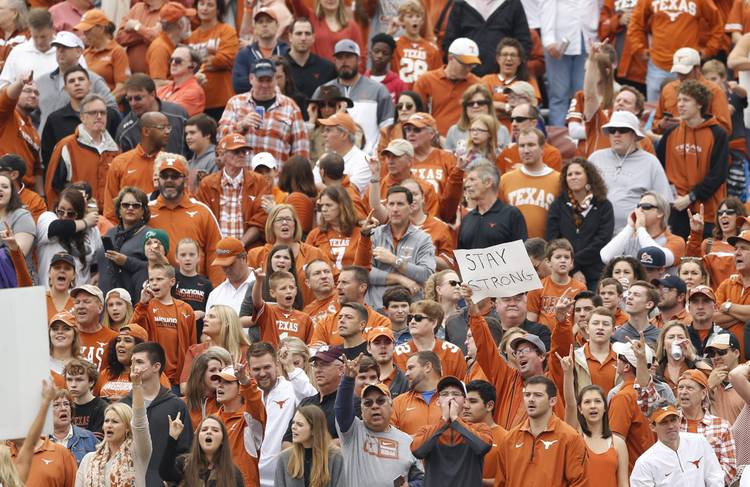 PASADENA, Calif. — He knew the game would end with his foot.

More than three minutes remained, but when Dusty Mangum saw Michigan kicker Garrett Rivas raise his hands, the senior understood: The Rose Bowl depended on him.

Rivas had just made a 42-yard field goal to give the Wolverines a two-point lead.

Mangum told himself to stay calm.

He jogged. He breathed. He watched Vince Young take the Longhorns down the field, watched Cedric Benson grind out one more yard.

Then it was time.

The game clock showed two seconds left. The ball was on the left hash, where the coaches wanted it because they knew Mangum was a better kicker from the left hash mark or the middle of the field. Mangum trotted out to the 20-yard line and waited.

Mangum walked in a slow circle. He sang a favorite song under his helmet. He did not hear the largest crowd ever to watch a Texas football game. He never does.

Mangum bent and touched the turf.

He bounced twice on his precious feet and stretched his kicking leg. The din of 93,468 hoarse voices rose.

“You’re the luckiest human being in the world, ” the coach told his kicker, who could do nothing at that moment but nod.

No. 14 for the Texas Longhorns, a walk-on in 2001 who earned a scholarship for his senior season, took a practice kick.

As he waited for the whistle to signal the start of his final game at Texas, Mangum thought about his four years in Austin, the 350 points he’d scored before this night in California, the 49 field goals he’d made before the most important one he’d attempt against Michigan, the practices at all hours that had led to this.

“I remembered the two-a-days, waking up at 6 in the morning, being sore, ” he said.

The punter, Richmond McGee, met him on the field.

“You’re the best kicker in the world, ” McGee told Mangum.

Mangum heard the whistle. He thought about his teammates. The last thought he had before the snap was this: “I’m going to make this for them.”

And then he did.

Mangum’s 37-yard field goal gave Texas the Rose Bowl trophy. His size-8 1/2 black shoe, a half-size smaller than his white left shoe because he likes the right one to be tight, gave the Longhorns a one-point victory in the game Mangum will remember for the rest of his days.

“One of the greatest moments of my life, ” he said.

The daily newspaper in Los Angeles had written something about him Saturday, but his name was misspelled.

The paper called him Magnum.

Dusty Magnum. Which is what he was when he needed to be.

FROM THE ARCHIVES (Jan. 5, 2006): Positive Brown finally attracts a championship