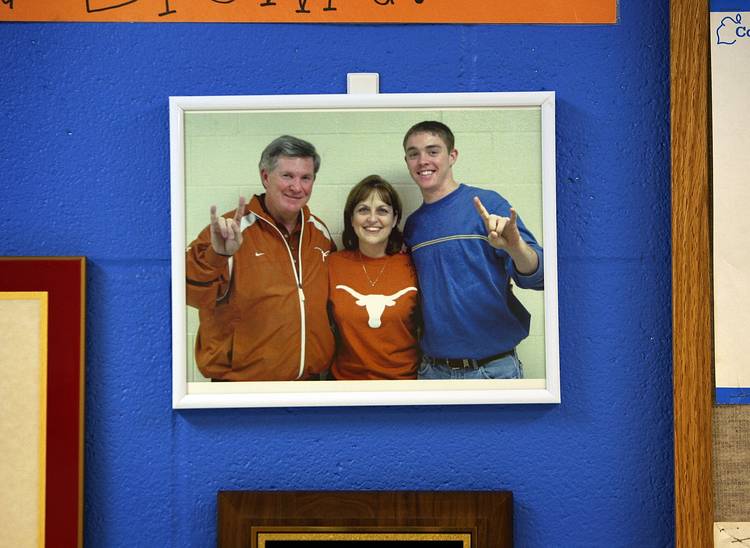 Colt McCoy never threw an interception in Texas’ three preseason scrimmages, and Longhorn defensive backs were hard-pressed Monday to recall picking off any passes by the redshirt freshman in August workouts.

After that kind of fall camp, it was no surprise Monday when Texas coach Mack Brown installed McCoy as his starting quarterback for Saturday’s season opener against North Texas.

McCoy will be the first freshman quarterback to start a season at Texas since Shea Morenz in 1993.

“Colt’s done everything asked of him,” said Texas tailback Selvin Young. “I feel like it’s a great decision by coach.”

The situation is different at tailback, where a rotation is in place, similar to what unfolded in the Rose Bowl.

Young, a fifth-year senior, was named the starter Monday, with sophomore Jamaal Charles coming off the bench.

Charles, with 878 yards, was the second-leading rusher a year ago behind departed quarterback Vince Young. Selvin Young, who missed two games because of an ankle injury, gained 461 yards, fourth-best on the team.

* Tackle Adam Ulatoski and guard Cedric Dockery both were listed as starters on the right side of the offensive line, along with tackle Justin Blalock.

It all depends on where Blalock, a preseason All-American, lines up. When Blalock is at tackle, Dockery will be at guard. When Blalock moves inside, Ulatoski will take his place at tackle.

Brown said he does not know which combination he’ll use Saturday.

* Brown also has an either/or option at defensive tackle. Derek Lokey or Roy Miller will start at nose tackle alongside Frank Okam, who has moved to the quick tackle position.

Greg Johnson is the punter, but Brown will study this week whether to use Johnson or freshman Hunter Lawrence for field goals and extra points. Brown also has yet to decide whether Lawrence or Johnson will kick off.

The big news of the day was the formal announcement of McCoy, who will step in for Vince Young, the All-America quarterback who left a year early for the NFL.

McCoy said he had one main goal: “The most important thing I can do is gel with my teammates,” he said.