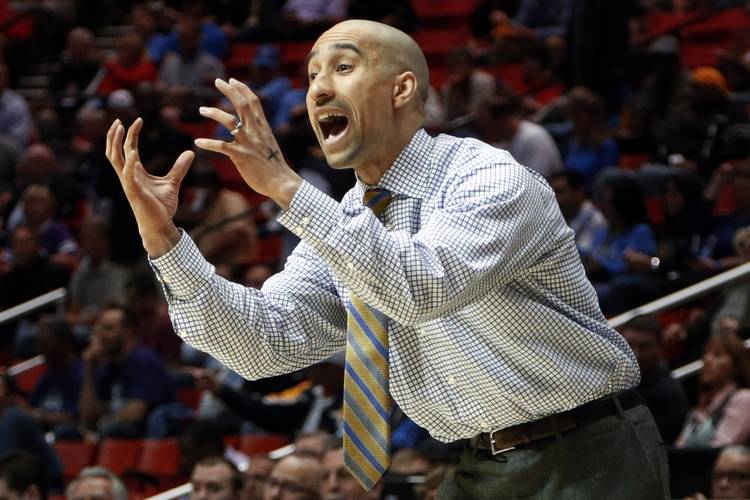 Shaka Smart is close to becoming a Texas Longhorn.

A high-level Texas source told the American-Statesman that Athletic Director Steve Patterson is scheduled to fly Richmond, Va., on Thursday to pick up Smart and bring him to the Austin campus for a tour.

The source said Patterson was hopeful he could convince the 37-year-old Virginia Commonwealth coach to take the UT job for an estimated $3 million a year. It could be a six-year deal, the source said, but negotiations continue.

If all goes well, Texas officials would like to introduce Smart as Rick Barnes’ successor as men’s basketball coach at a news conference Friday.

Patterson has conducted this four-day search almost exclusively by himself, with little consultation with other school officials, although he has kept UT President Bill Powers informed. Patterson and Powers are known to be longtime admirers of Smart and had their eye on him from the start.

Publicly, school officials continue to say “the process is ongoing,” but would not offer any details. Neither Patterson nor UT spokesman Nick Voinis responded to messages left by the Statesman late Wednesday.

If Smart accepts the Texas job, he would get a substantial pay raise. Smart signed a new contract in October of 2013 with VCU that paid him approximately $1.8 million this season, according to the Richmond Times-Dispatch. If Smart leaves before May 1, he would owe the school $500,000.

How Patterson handles Smart’s buyout will be closely watched by a team of Oklahoma State lawyers. Texas offensive line coach Joe Wickline is being sued by OSU for nonpayment of an approximately $600,000 buyout clause in his contract before coming to Texas prior to the 2014 season. Texas officials have said that issue is between Oklahoma State and Wickline.

Smart’s contract also states that any new school would have to play VCU in a home-and-home series. The new school can get out of that provision for $250,000, according to the Richmond paper.

Barnes, who accepted the Tennessee job on Tuesday, had a base salary of approximately $2.55 million this season. Barnes also earned another $125,000 bonus just for making the NCAA Tournament.

He’s averaged 27 wins per year but has never won a conference title, either when VCU was in the Colonial Athletic Association or the Atlantic-10. In 2014, VCU was ranked as high as 10th in the Associated Press top 25 poll. This year’s team got as high as 14th.

Texas football coach Charlie Strong joked Wednesday that,”He’s in my office.” When asked if Strong had spoken to Smart, the football coach broke out into a huge grin. “Who’s it gonna be?” Strong said.

Boston Celtics coach Brad Stevens has also seen his name linked to the Texas job. But Stevens told Celtics reporters,”I’ll be in Boston.”

Banquet canceled: Longhorn Foundation members are being notified that the men’s basketball banquet scheduled for April 14 has been canceled. A Foundation representative told the Statesman that former coach Barnes has asked to hold a private event with current team members and their families at a future time.

Barnes was released as the team’s coach last Saturday by Texas Athletic Director Steve Patterson. The 60-year-old Barnes had won more than 400 games in 17 seasons with the Longhorns. He currently ranks 13th among active Division I coaches with 604 wins.