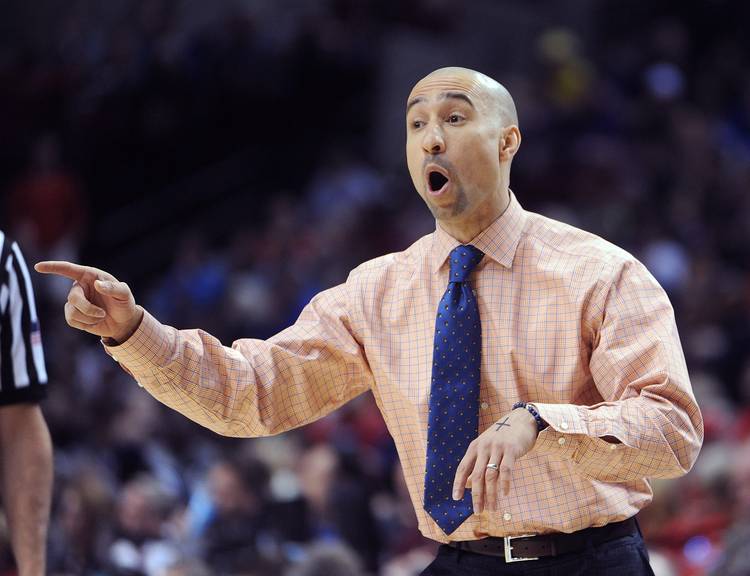 Shaka Smart, a 37-year-old considered one of the top young coaches in college basketball, has agreed to leave Virginia Commonwealth and become the new men’s coach at Texas.

A high-level source told the American-Statesman that Smart would likely have a five- or possibly six-year contract worth approximately $3 million annually. Texas officials would not confirm the hire late Thursday, but a press conference is tentatively planned for Friday.

Smart has a 163-56 record in six seasons at VCU. The Commodores have never won a regular-season conference title under Smart’s watch. But that didn’t stop VCU from breaking onto the national stage in reaching the 2011 Final Four.

Smart replaces longtime Texas coach Rick Barnes, who was the winningest men’s coach in school history. Barnes was 402-180 in 17 seasons and made 16 trips to the NCAA Tournament, getting to the Final Four in 2003. Barnes was fired last weekend and then immediately accepted the Tennessee job.

“Out of respect for coach Smart and the University of Texas, we decline comment at this point,” VCU athletic director Ed McLaughlin said. “We will have a statement tomorrow.”

The Statesman reported on Thursday that Texas athletic director Steve Patterson would fly to Richmond, Va., and meet with Smart face to face. He flew there on a plane owned by a friend of UT President Bill Powers.

WTVR-TV, the CBS affiliate in Richmond, had a camera stationed at the airport and started live streaming when Patterson and associate AD Arthur Johnson walked onto the tarmac and got into a Hyundai SUV.

Hours later, it was revealed that Smart would hold a team meeting. After some unexplained delays, the meeting began at about 9 p.m. Central time at the Siegel Center. Smart did not comment to any reporters as he went inside the building.

That meeting lasted about 20 minutes, and VCU players were escorted out of the arena by team personnel. Richmond reporters said the players looked visibly distraught.

During the day, VCU fans held a rally hoping to keep Smart. A local barbecue restaurant offered to give Smart free food. Unbelievably, a local strip club promised Smart and his assistants “unlimited free lapdances” if they stayed.

This season, Smart had a package worth approximately $1.8 million, according to the Richmond Times-Dispatch. His contract included a $500,000 buyout clause. Smart’s new employer also is obligated to play VCU in a home-and-home series, although Texas could buy its way out of that for $250,000.

Last March at the NCAA Tournament, Smart was asked why he remains at VCU when multiple suitors — including Marquette and UCLA — made a serious push.

“I get that question a lot. I enjoy it at VCU,” Smart said. “It’s a school where basketball matters quite a bit. We enjoy the opportunity to coach our guys every day, be around them, help them get better on and off the court.”

Source: Texas AD Steve Patterson off to get Shaka Smart