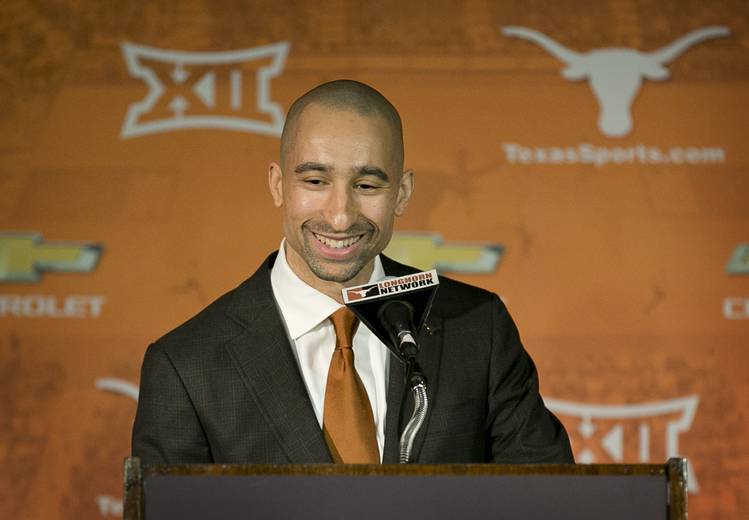 Men’s basketball season tickets will rise an average of 7 percent for the 2015-16 season, Shaka Smart’s first in Austin. Similar to football, the biggest increases will be near center court, and there’s also a $99 option with no donation requirement.

“What we’re trying to become is consistent across all our sports,” said Steve Hank, UT’s chief revenue officer.

Last month, the school announced an average 6 percent increase in football season tickets at Royal-Memorial Stadium. That featured a 31 percent spike for seats along the 50-yard line. But the school also made $199 tickets available for those who just want to get in the door.

The same principles apply for men’s basketball. For the upcoming season, seats in sections 20 and 35, which straddle center court, will be $715 for renewing ticket holders and $750 for new customers. Each seat requires a minimum $2,500 donation to the Longhorn Foundation for new customers.

Ticket packages go down in price depending on seat location, from $695 each to sit above the tunnel where the Longhorns run out to $175 in the upper deck.

The $99 seats are in the upper portions of the Erwin Center, behind the baskets. It’s the same in football;  $199 tickets at Royal-Memorial Stadium are along the top deck of the north end zone.

“In the areas where we have the greatest demand, we are asking those who have the most valuable seat locations to invest accordingly,” Hank said.

For longtime season ticket holders locked into a lower donation requirement, that will not change this year, Hank said. However, those seats are not eligible for resale through a secondary market maker like StubHub or a ticket broker.

If a person wishes to sell his or her season tickets, that person must pay the current required donation or risk losing ticket-buying privileges. Hank said the athletic department’s resale policies “will be thoroughly enforced.” How this will affect the handful of ticket scalpers who buy and sell outside the Erwin Center is unclear.

Texas officials have spent considerable time and effort improving the Erwin Center’s game-day atmosphere. The Longhorns had an average paid attendance of 11,249 last season for 18 home games. The arena’s listed capacity is 15,540.

The Longhorns were 13-5 at home in former coach Rick Barnes’ final season. It was the most home losses in 13 years.

Will Smart bring ‘Havoc’ to Horns?