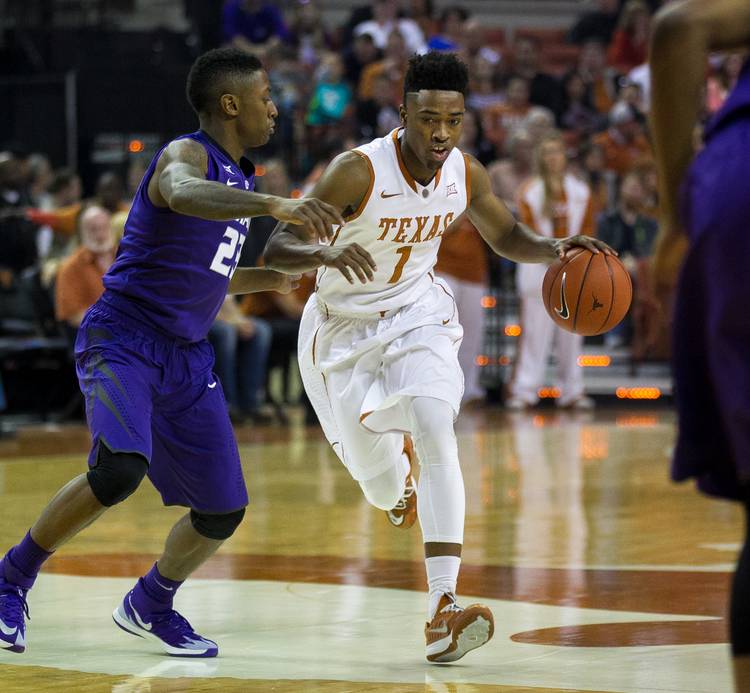 After thinking about his future, Texas guard Isaiah Taylor announced late Saturday that he is staying with the Longhorns and skipping the NBA draft for now.

“Looking to get this new era started. Love the guys on the team. Spending another year with my teammates and coaching staff is a great feeling. #HookEmForever #Shaka #CTMD”

Underclassmen have until 10:59 p.m. Sunday to make a final decision about whether they want to declare for the NBA draft.

Frankly, the 6-foot-1 sophomore isn’t ready for the NBA just yet. He shot 28.2 percent from 3-point range last season despite averaging 13.1 points per game.

Former VCU star Briante Weber told the American-Statesman on Thursday that he’s been communicating with Taylor through social media. He talked up Smart, promising Taylor that he would become a better player.

Another former VCU player, Darius Theus, told the Statesman,”If I was to be able to talk with (Taylor), I’d say you should play for coach Smart. It will change your life.”

‘Stole the heart of Richmond’

Shaka Smart gets to know his new Texas players