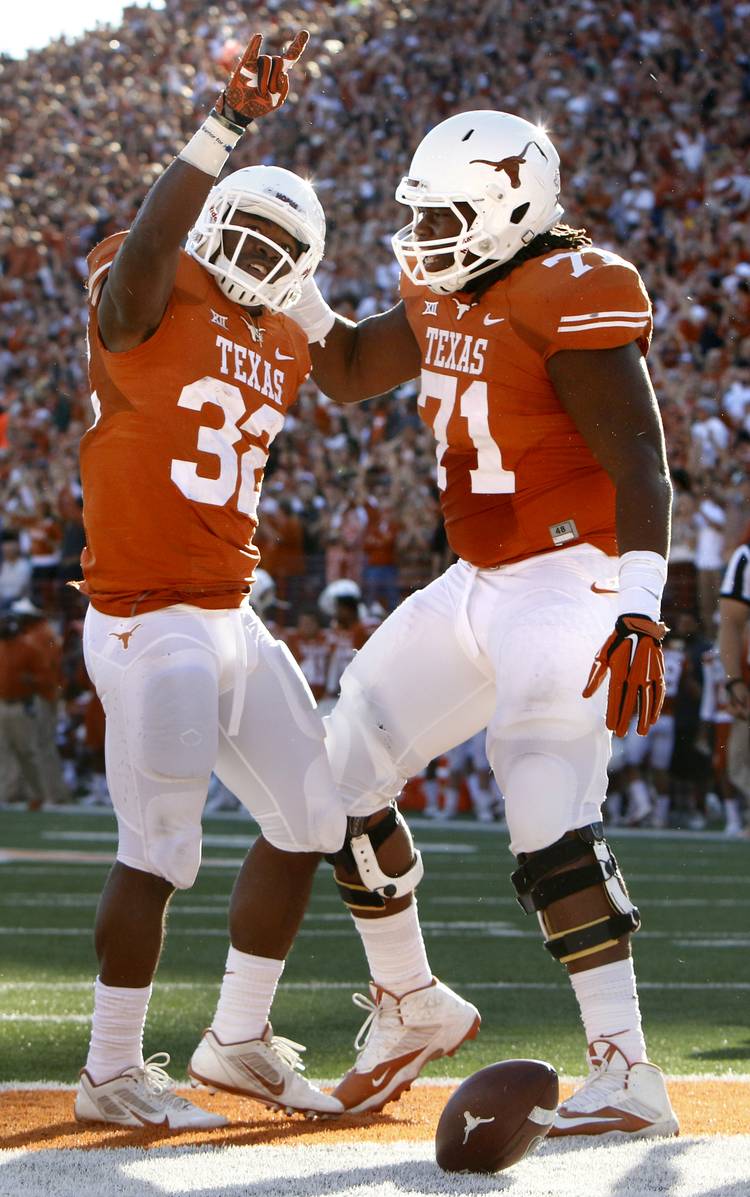 The Texas football team will report to campus on Thursday for the start of training camp a day later, and there are no shortage of storylines to monitor over the next month.

Early enrollee Connor Williams is by all accounts already the leader at right tackle, if not based on merit than by necessity due to a thinning depth chart.

Camrhon Hughes, a part-time starter at right tackle last season, left the team last month, according to reports, although the school has not confirmed his departure.

In the spring, Williams held the edge over junior college import Tristan Nickelson.

Additional spots are up grabs and could be taken by cornerback Holton Hill, wide receivers John Burt and DeAndre McNeal, and a slew of linebackers headlined by five-star phenom Malik Jefferson, who was the No. 1-rated recruit in the state.

As a subplot, head coach Charlie Strong will need to clear up the whereabouts of four recruits.

Wide receiver Gilbert Johnson, offensive lineman Ronnie Major and tight end Devonaire Clarington are dealing with academic issues and had not yet qualified when Strong spoke to reporters at Big 12 media days two weeks ago.

Defensive tackle Du’Vonta Lampkin is not expected to qualify and has said he will not enroll at Texas.

Reached by phone on Wednesday, Clarington declined to say whether he’d be in camp and that he’d have more to say on Thursday.

Likewise, quarterback Matthew Merrick declined to say if he’d be joining the team for camp or if he’ll continue with his original plan to grayshirt and enroll in January.

Tyrone vs. Jerrod: It’ll remain a storyline until Strong names a starting quarterback for the Sept. 5 season opener at Notre Dame.

Tyrone Swoopes, the incumbent, will kick things off with the first-team offense before giving way to Jerrod Heard.

The two competed last year to be David Ash’s backup, with Swoopes prevailing because Heard as struggled to get acclimated to his first college season.

Heard should be better prepared to compete this time around, but it’s Swoopes’ job to lose.

Picking up the pace: The spring game unveiling of Texas’ uptempo

offense was a dud, as Shawn Watson’s retooled playbook resembled the same stuff that accounted for 59 yards in the Texas Bowl loss and lacked the explosives that ignite the sky up the road in Waco.

Fans will expect to see increased tempo and explosive plays at Sunday’s open practice, but in actuality the Longhorns might not be equipped to do those things after losing their most productive running back (Malcolm Brown) and top two pass-catchers (John Harris and Jaxon Shipley).

And then there’s the offensive line, the team’s weakest unit in 2014. They’ve gotta get better or else any system – spread or otherwise – won’t work.

Texas wants to go fast, but it might have to take baby steps to get there.

The other cornerback: Sheroid Evans injured a knee in the spring and relinquished his hold on the cornerback spot opposite Duke Thomas. Evans hasn’t played in a game since October 3, 2013, so it’s dicey to count on him being ready to start the season.

This position battle is among the deepest in camp, to be competed over by as many as five candidates – Bryson Echols, Antwuan Davis and true freshmen Hill, Kris Boyd and Davante Davis.

5 key steps for Texas to reach the next level