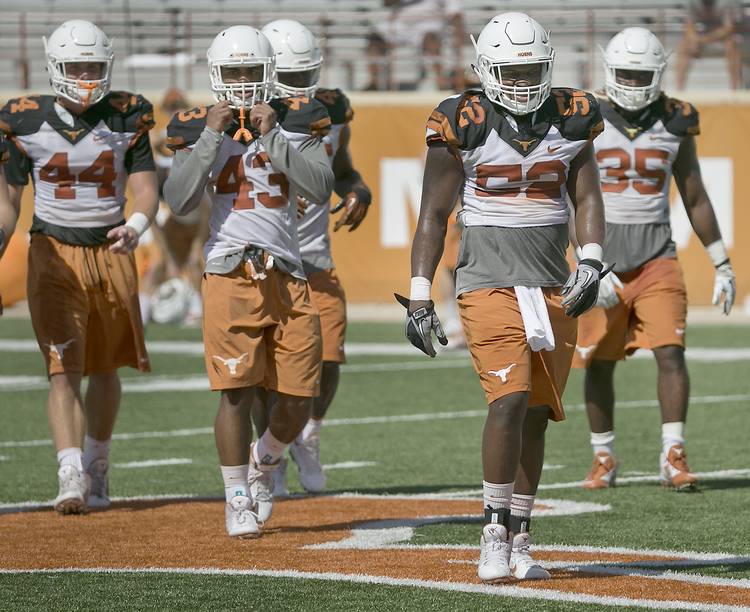 Cherry’s father told the American-Statesman that Cecil was finalizing his transfer paperwork Tuesday and should fly back home to Frostproof, Fla., on Saturday.

“I told Cecil this morning, ‘Wherever you try to go, this is going to have to be your home, ‘ ” Winston Cherry said. “No matter where he goes, I told him, ‘You’re going to have to sit out.’ What he has to understand is whatever we choose at this point, it has to be someone that has your best interest at heart.”

Texas coach Charlie Strong was scheduled to meet with reporters after Tuesday night’s practice. The school did not issue statements earlier Tuesday about the status of Cherry or Catalon.

Orangebloods was the first to report Cherry was thinking about transferring, and the freshman told the website he was unhappy.

“I made a mistake by not listening to my parents,” Cherry told Orangebloods. “I went beyond my dad…. Everything my father said would happen has come true.”

Winston Cherry told the Statesman he initially had concerns about UT when fellow freshman linebacker Malik Jefferson committed just after Cherry. However, Winston Cherry said his son isn’t leaving because Jefferson is already working with the first-team defense.

“We’re not saying Texas is a bad school,” Winston Cherry said,”but it’s not designed for his style of defense.”

When asked to clarify what he meant, Winston Cherry said,”I’m quite sure Texas isn’t hurt by this whatsoever. They got Malik and other ballplayers. That’s how I feel about it. It’s no offense against Texas. This thing about his dream, now you have to live your dream and you woke up.”

In early practices, linebackers coach Brian Jean-Mary got on Cecil Cherry’s case several times. “I guess at this point, (he) and coach Strong aren’t getting along,” Winston Cherry said.

Winston Cherry said he wanted his son to get the transfer paperwork in his hands so Winston could start calling other schools immediately.

In talking with Cherry’s father, it was clear that Cecil’s decision to pick Texas over Tennessee in the recruiting process strained their relationship. Winston Cherry said the two didn’t speak for two months.

Still, Cecil Cherry clearly bought into what Strong and the Texas coaching staff was selling, and he became an outspoken Longhorns proponent on social media. “True ballers let the pads do the talking that’s all I’m say HOOK EM,” Cherry tweeted April 16.

Tuesday was the first day the Horns practiced in full pads.

A Gem In the Rough