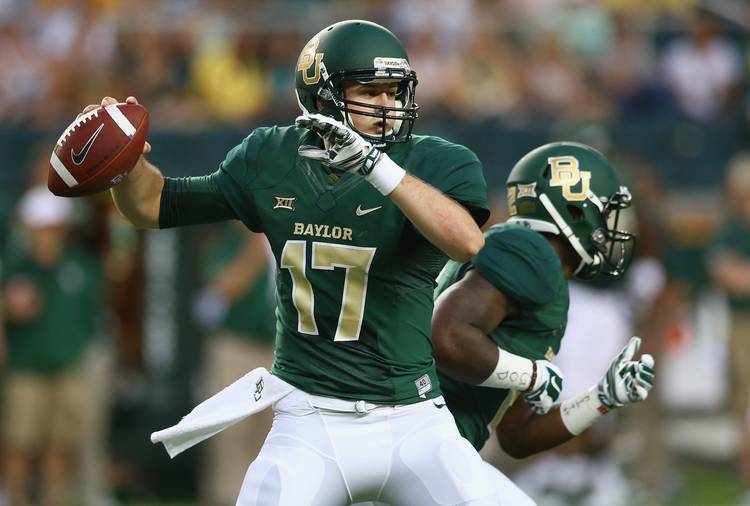 Seth Russell will start at QB for Baylor. (Photo by Ronald Martinez/Getty Images)

Two years ago, Texas and Baylor met in Waco in the regular-season finale to decide the Big 12 championship. The Bears blew open a 3-3 game at halftime with an explosive second half, sounding the death knell for Mack Brown’s tenure as Longhorns coach. Strong, in his first season, whipped up a wonderful defensive game plan last year at DKR, holding the Bears to 252 yards under their season average. But it wasn’t enough, and Texas went down 28-7.

Breaking down the schedule: Texas Tech