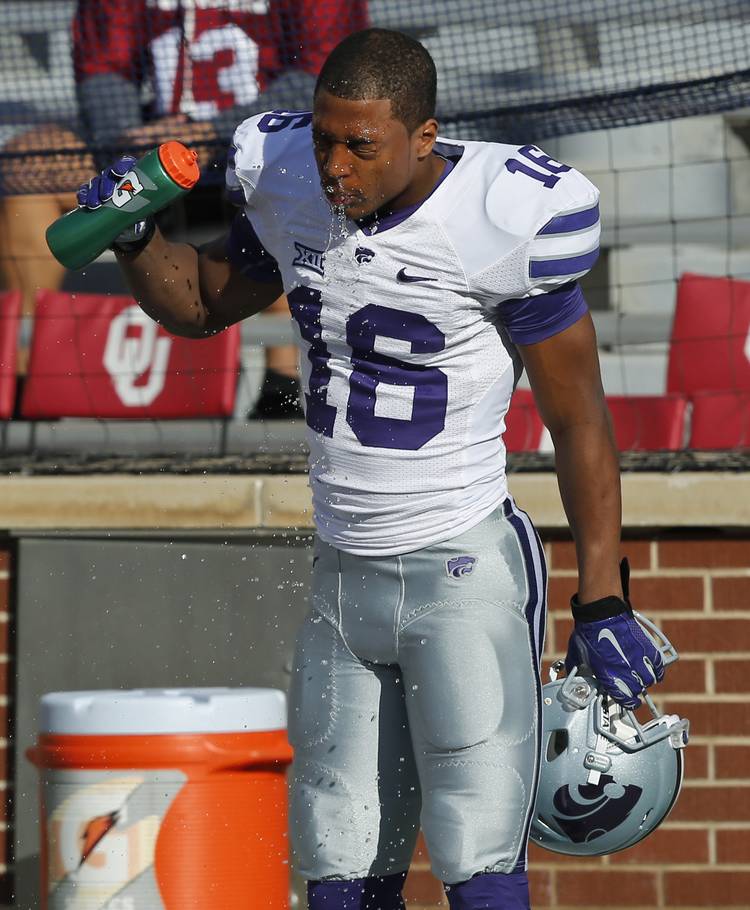 Texas will be happy to not see Tyler Lockett in this year's meeting.

After an off week, Texas hosts Kansas State, a team that’s hard to project. Going into last year’s regular-season finale, the Wildcats were ranked ninth in the country. Yet they were picked only seventh in this year’s Big 12 preseason poll. The feeling is they’ll have a difficult time replacing the QB/WR combo of Jake Waters and Tyler Lockett, who hooked up eight times for 103 yards in last year’s romp over Texas. The Longhorns have dropped six of the past seven games in this series and are only 3-5 when this game is played in Austin.

Breaking down the schedule: Oklahoma

Breaking down the schedule: Iowa State