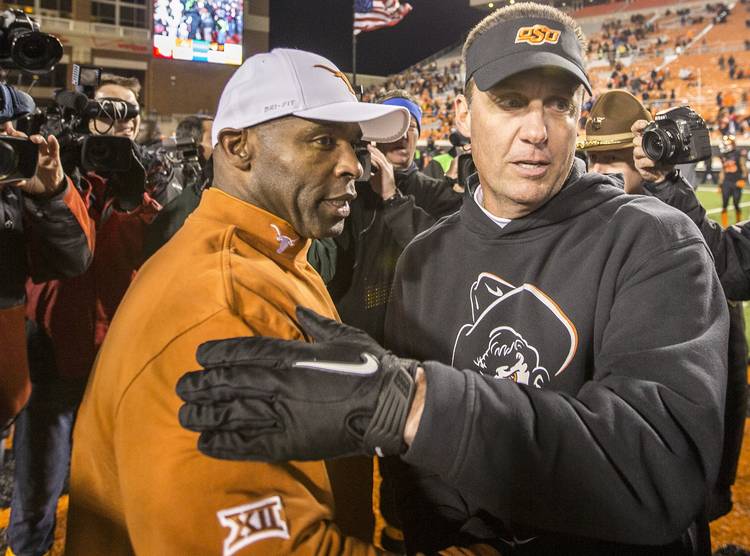 Texas’ Big 12 opener kicks off a critical stretch of the schedule — three of the Longhorns’ next four games will be away from DKR, including matchups at TCU and against Oklahoma in Dallas. Texas is 14-4 against Oklahoma State when they play in Austin and 8-1 in Stillwater. Last year, it looked as if the Cowboys had quit on their season when Texas outgained them them (430 yards to 192) in a 28-7 rout. But OSU did win two of its next three games, including a bowl win over Washington, which has some believing the Cowboys are back on track.

Breaking down the schedule: Cal

Breaking down the schedule: TCU