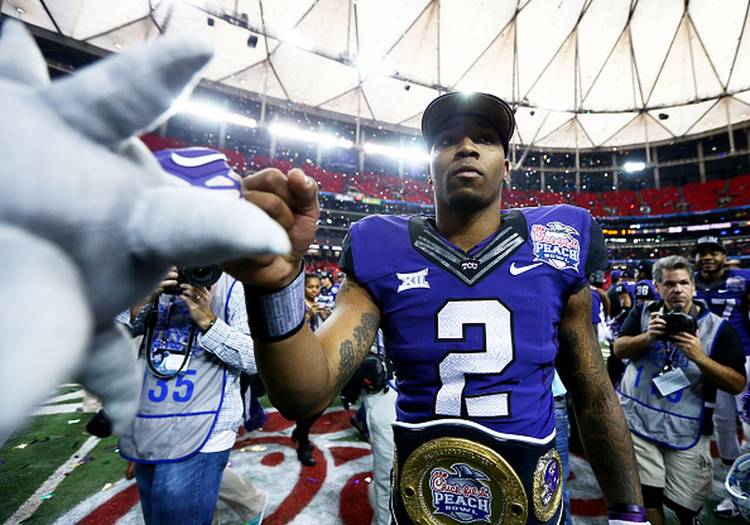 TCU quarterback Trevone Boykin celebrates after the Frogs' 42-3 win over Ole Miss during the Chik-fil-A Peach Bowl at Georgia Dome on December 31, 2014 in Atlanta, Georgia. (Photo by Streeter Lecka/Getty Images)

You’ve got to assume that TCU, which opens with Minnesota, Stephen F. Austin, SMU and Texas Tech, will be 4-0 at this point and possibly even ranked as high as No. 1, depending on what preseason favorite Ohio State has done against Virginia Tech, Hawaii, Northern Illinois and Western Michigan. An array of playmakers surrounds quarterback Trevone Boykin, the Heisman Trophy front-runner, including 1,000-yard receiver Josh Doctson, who scored a TD against Texas in last year’s 48-10 Thanksgiving romp.

Breaking down the schedule: Oklahoma State

Breaking down the schedule: Oklahoma