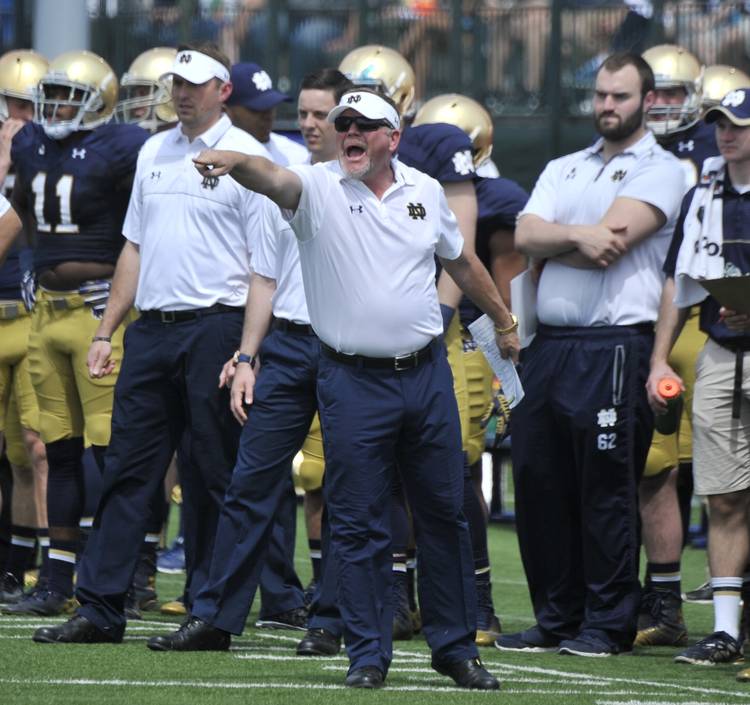 Texas’ best chance to get some early success Saturday in South Bend may be to run straight at Notre Dame’s defensive line.

The Fighting Irish have lost numerous players along their defensive front this summer. It’s to the point where a freshman may line up at defensive tackle opposite the Longhorns.

Williams was one of several players being investigated for academic dishonesty. He was readmitted to the school in June. However, the NCAA denied him an eligibility waiver, and now Williams will spend this fall preparing for the NFL draft.

According to the South Bend Tribune, freshman defensive tackle Jerry Tillery enrolled early and made a strong impression during spring practice. Tillery and sophomore Daniel Cago, who had four tackles last season, may rotate to fill Jones’ position.

The Irish still have senior Sheldon Day in the middle. Last Thursday, Day was named one of five team captains for the 2015 season. He’s appeared in 35 career games and posted 16.5 tackles for loss.

Two Texas games are included in the top five most-expensive tickets on the secondary market, according to TiqIQ.

Saturday’s Texas-Notre game is the most expensive ticket on the secondary market. The average price is $705.23. The cheapest ticket available is $292.

Fifth on the list is the Red River Showdown between Texas and Oklahoma. The average price available on the secondary market is $479.56 with a just-get-me-in price going for $192.

Swoopes, there it is: Strong sticking with junior at Notre Dame