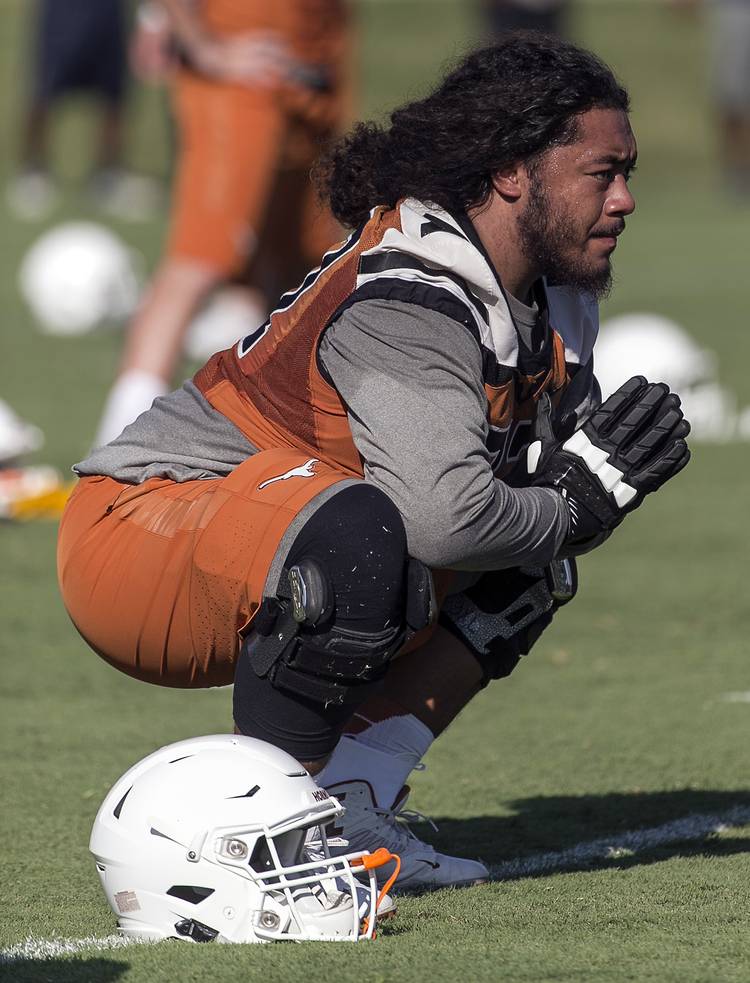 It’s hard to pin down the original source, but once upon a time a football coach said that a team should expect to suffer a loss for every freshman it starts.

If that’s true, Texas could be staring at a second straight seven-loss season.

On Monday, Charlie Strong confirmed that a youth movement is fully underway at Texas, which will start seven freshmen in Saturday’s opener at Notre Dame.

Freeman won’t be on the field if Texas opens with two linebackers, but the point remains the Longhorns will try to defy logic and win a big road game with freshmen. Sixteen more freshmen cracked the depth chart.

“Even on the kickoff, I have some young players,” Strong said. “They’ve earned that right. They’ve worked hard, and we feel like we’ve coached them well enough. Go compete and play hard.”

Notre Dame doesn’t have that problem. The Irish return 17 returning starters, topping all but a handful of teams nationally.

Ford to start: The depth chart was the first one Texas has released. It offered a surprise at defensive tackle where Poona Ford gets the nod over Hassan Ridgeway. Ridgeway started 10 games last season, but missed some time early in camp with a back injury.

“I think I worked really hard,” Ford said. “I’m ready to bust out and be named a starter.”

Desmond Jackson, who was sidelined for the final 11 games of 2014 with a foot injury, will start at nose tackle.

More depth chart notes: As expected, Tyrone Swoopes withstood Jerrod Heard to be announced starting quarterback. … Marcus Johnson and Armanti Foreman join Burt as the starting receivers … Williams moved from right tackle to left tackle and bumped 13-game starter Marcus Hutchins … Freshman DeAndre McNeal is running third at inside receiver after switching from tight end late in camp … Sophomore wide receiver Lorenzo Joe is nowhere to be found, and he voiced his displeasure on Twitter — “I’m not even on the depth chart?? Wow.” … Daje Johnson will return punts, and Johnathan Gray will help Johnson return kicks. … None of Texas’ three junior college transfers will start. … Defensive end Caleb Bluiett has moved to tight end following Blake Whiteley’s knee injury. Bluiett, who is listed second to Andrew Beck, could still play defense, according to Strong. … No sign of freshman safety DeShon Elliott, who missed nearly all of the preseason with a toe injury.

Short yards: Strong said no one will miss the game due to suspension. He then knocked on wood. Linebacker Dalton Santos (injury) will not play. … The Longhorns will not have a Friday walk-through. They were offered a 1 p.m. slot, but turned it down because Strong didn’t want players to miss a full day of classes. Due to fan festivities, Notre Dame Stadium is occupied Friday night.

Texas’ Tank Jackson is back to anchor defensive line