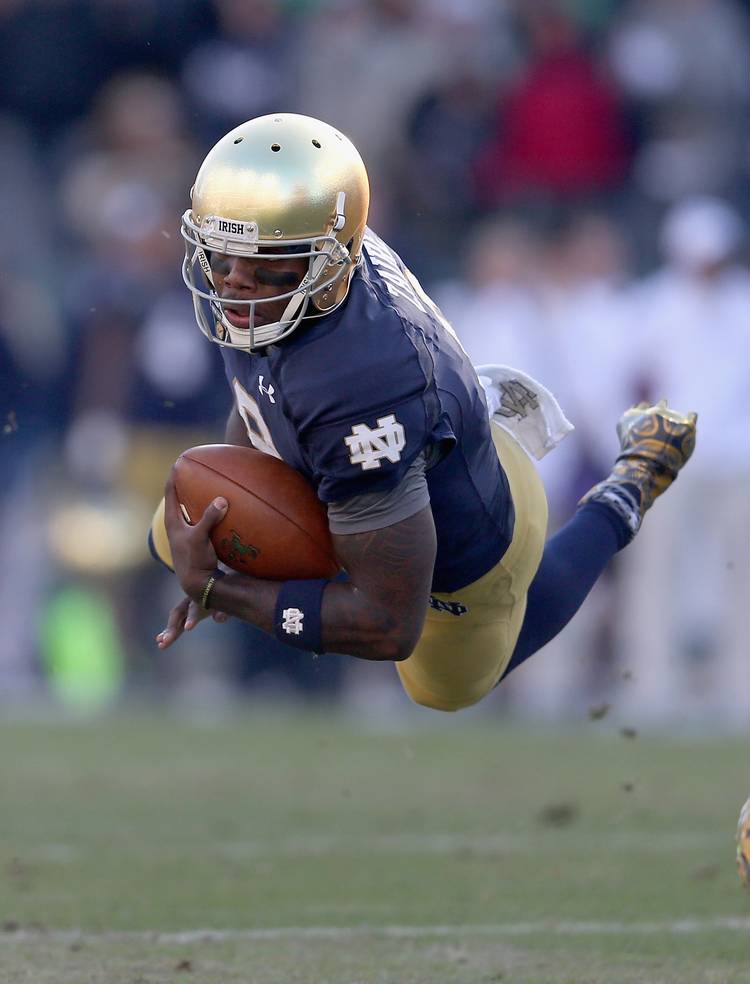 Each week of the season, the American-Statesman will interview the beat writer of Texas’ opponent. This week, the Chicago Tribune’s Paul Skrbina — @ChiTribSkrbina —  offers insight on Notre Dame:

Is Notre Dame really a better team with Malik Zaire as quarterback? After all, Everett Golson took the Irish to a national championship appearance, and Zaire has started just one game.
In two words: Who knows? Plenty of talent surrounds Zaire, most notably at receiver and the offensive line. Question is, can Zaire get those receivers the ball? If he can, ND will be tough to beat.

The Irish have been stricken with suspensions and injuries. Do they have the depth to withstand those losses?

Mike Sanford Jr. is ND’s new offensive coordinator after a successful stint at Boise State. Is he running his own system or simply parroting what the Irish had done under Brian Kelly?

Kelly holds veto power on play calls, so it stands to reason it’s still Kelly’s system. But Kelly said it will be a collaborative effort between himself, Mike Denbrock and Sanford. How much of Sanford’s influence creeps into the game plan remains to be seen.
Name one Notre Dame player that Texas fans aren’t talking about — but should be.
How about two? Russell and Hunter Jr. have been out of sight and maybe out of mind. Both have the potential to be difference-makers.
Is Notre Dame capable of qualifying for the four-team playoff this season?
Sports Illustrated thinks so. I’m not so sure yet. If Zaire can throw the ball effectively, and the defense figures out what plagued it during the second half of last season, yes.

Texas volleyball to host No. 4 team — both of them

Can young Texas once again ‘Shock’ the nation, Notre Dame?